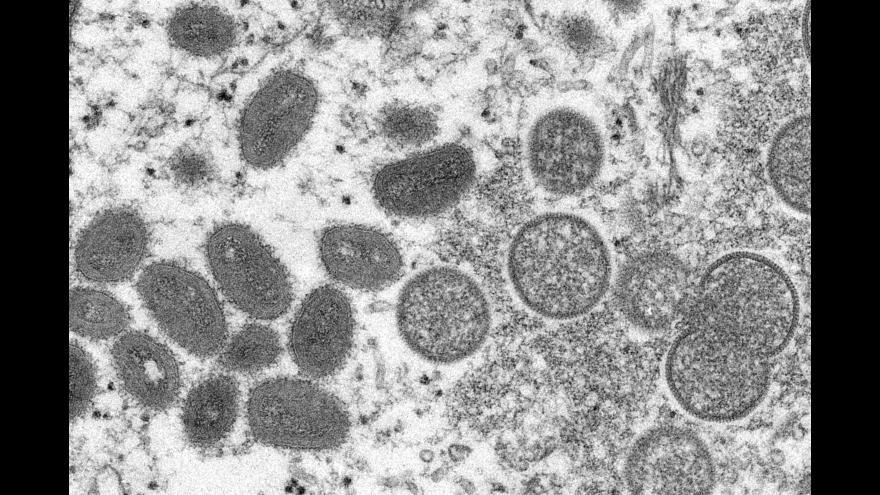 The Missouri Department of Health and Senior Services said the suspected case developed in a Kansas City resident who had recently traveled out-of-state.

The Missouri Department of Health and Senior Services said the suspected case developed in a Kansas City resident who had recently traveled out-of-state.

The Indiana Department of Health also said it was investigating a probable monkeypox case, but would not release the location of the patient, who they said was in isolation.

Contact tracing is underway in both states. Initial testing occurred at state health department labs and confirmatory testing is pending at the US Centers for Disease Control and Prevention labs.

"The risk of monkeypox among the general public continues to be extremely low," Indiana Health Commissioner Dr. Kris Box said. "Monkeypox is rare and does not easily spread through brief casual contact."

As of Friday, the CDC reports more than 110 confirmed cases of monkeypox/orthopoxvirus across multiple states. California has 24 cases, followed by New York with 21 and Illinois with 15.

The health department in Houston, Texas, confirmed its first case of monkeypox Saturday.

"The resident developed symptoms after returning from travel and is experiencing a mild illness," the Houston Health Department said in a written statement. "The resident didn't require hospitalization and is isolating at home."

The first monkeypox case in the United States in 2022 was reported in mid-May when a Massachusetts resident tested positive after returning from Canada.

There have been more than 2,103 confirmed cases and 1 suspected monkeypox case worldwide reported to the World Health Organization this year from 42 countries, including one death in Nigeria, according to a situation update from WHO.

Monkeypox is a rare infection, a much less severe cousin of the now eradicated smallpox virus. It is endemic to parts of west and central Africa and is usually contracted from a rodent or small mammal. It does not easily spread from one person to another.

However, the monkeypox virus can spread through contact with body fluids, monkeypox sores, or items such as clothing and bedding contaminated with the virus. It can also spread from person to person through respiratory droplets, typically in a close setting, according to the CDC.