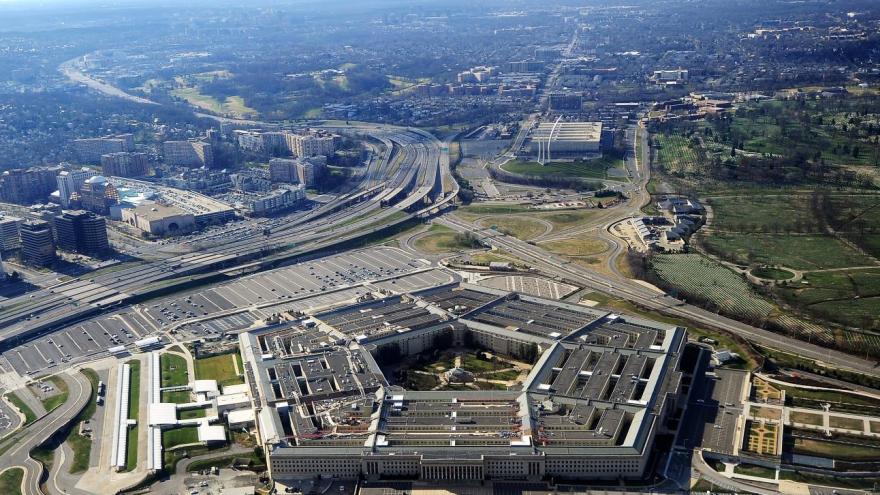 The Defense Department wiped the phones of top departing DOD and Army officials at the end of the Trump administration, deleting any texts from key witnesses to events surrounding the January 6, 2021, attack on the US Capitol, according to court filings.

(CNN) -- The Defense Department wiped the phones of top departing DOD and Army officials at the end of the Trump administration, deleting any texts from key witnesses to events surrounding the January 6, 2021, attack on the US Capitol, according to court filings.

The acknowledgment that the phones from the Pentagon officials had been wiped was first revealed in a Freedom of Information Act lawsuit American Oversight brought against the Defense Department and the Army. The watchdog group is seeking January 6 records from former acting Secretary of Defense Chris Miller, former chief of staff Kash Patel, and former Secretary of the Army Ryan McCarthy, among other prominent Pentagon officials -- having filed initial FOIA requests just a few days after the Capitol attack.

Miller, Patel and McCarthy have all been viewed as crucial witnesses for understanding government's response to the January 6 Capitol assault and former President Donald Trump's reaction to the breach. All three were involved in the Defense Department's response to sending National Guard troops to the US Capitol as the riot was unfolding. There is no suggestion that the officials themselves erased the records.

The government's assertion in the filings that the officials' text messages from that day were not preserved is the latest blow to the efforts to bring transparency to the events of January 6. It comes as the Department of Homeland Security is also under fire for the apparent loss of messages from the Secret Service that day.

American Oversight is now calling for a "cross-agency investigation" by the Justice Department to investigate destruction of the materials.

"It's just astounding to believe that the agency did not understand the importance of preserving its records -- particularly [with regards] to the top officials that might have captured: what they were doing, when they were doing it, why they were doing, it on that day," Heather Sawyer, American Oversight's executive director, told CNN.

Sawyer said that her organization learned the records were not preserved from government attorneys earlier this year, and that acknowledgment was then memorialized in a joint status report filed with the court in March.

"DOD and Army conveyed to Plaintiff that when an employee separates from DOD or Army he or she turns in the government-issued phone, and the phone is wiped," the government said in the filing. "For those custodians no longer with the agency, the text messages were not preserved and therefore could not be searched, although it is possible that particular text messages could have been saved into other records systems such as email."

The acknowledgment that the records were not preserved has taken on new significance in the wake of the ongoing scandal over the loss of Secret Service agents' texts from January 6.

The Secret Service has said that its texts were lost as a result of a previously scheduled data migration of its agents' cell phones that began on January 27, 2021, exactly three weeks after the attack on the US Capitol. Homeland Security Inspector General Joseph Cuffari first learned those texts were missing as early as May 2021, CNN previously reported.

The pattern across multiple agencies has prompted her organization to write to Attorney General Merrick Garland, who is already facing a request from congressional Democrats that he take over the DHS' probe into the missing Secret Service texts.

"American Oversight accordingly urges you to investigate DOD's actions in allowing the destruction of records potentially relevant to this significant matter of national attention and historical importance," the letter said, while citing calls from Democratic Sen. Dick Durbin that the Department of Homeland Security be investigated for similar failures, the letter, shared with CNN on Tuesday, said.

"I think it's highly unlikely that anyone could argue with a straight face that communications happening between these top officials on January 6 would not have the type of informational value that the Federal Records Law is meant to reach," Sawyer said. American Oversight is seeking records for several other Pentagon officials -- some of whom remain within government service.

"For those custodians still with the agency, Army has initiated a search for text messages responsive to the FOIA requests, and estimates completing their supplemental search by the end of September," the Justice Department said in the July joint filing said in the case.

A spokesperson for the Justice Department declined to comment.

What the Pentagon was hearing from the White House as the Capitol attack unfolded has been a focus of the House January 6 investigation, and lawmakers say that addressing the security lapses of that day is an aim of their probe.

The House January 6 committee last week released testimony Miller gave to the panel denying that former President Donald Trump ever game him a formal order to have 10,000 troops ready to be deployed to the Capitol on January 6.

"I was never given any direction or order or knew of any plans of that nature," Miller said in the video.

A spokesman for the January 6 committee declined to comment on records related to the Pentagon.

A former Defense Department official from a previous administration told CNN that it is ingrained into new hires during their onboarding that their work devices were subject to the Presidential Records Act and indicated their communications would be archived. The source said it was assumed when they turned in their devices at the end of their employment, any communication records would be archived.