First on CNN: EPA to propose long-term presence in Jackson due to water crisis 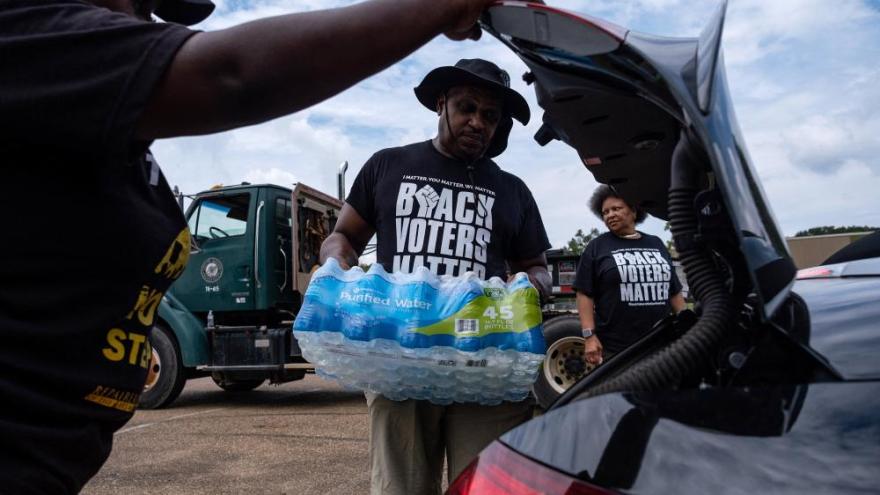 (CNN) -- The US Environmental Protection Agency is poised to propose a long-term presence on the ground in Jackson, Mississippi, to help fix the decades-long problems with its drinking water, a source with knowledge of the matter told CNN Tuesday.

EPA Administrator Michael Regan is visiting Jackson Tuesday on the heels of ongoing negotiations with city and state officials that, according to the source, are aimed at creating a legal agreement for ongoing federal involvement in running the water system of the predominantly African American city.

Regan's trip will include a public forum alongside city officials on Tuesday afternoon.

It is the administrator's fourth trip to Jackson. Regan's first trip came during the EPA's "Journey to Justice tour," which began in November 2021 to shine light on environmental injustice, particularly in Black and brown communities.

Months after that initial visit, Jackson experienced a major failure of its water plant after heavy flooding. The failure highlighted longstanding problems with Jackson's water due to a crumbling and neglected infrastructure, including an ailing water plant and aging pipes that city and state leaders have long known about and failed to properly maintain.

The crisis has affected the roughly 150,000 residents of Jackson. The latest setback came after the city's main water treatment plant began failing during the flooding in August, leaving people without drinking water and resulting in shortages for flushing toilets and fighting fires. Even after water pressure was restored, the liquid from the taps was still unsafe to drink.

The EPA launched an investigation in mid September, with the city weeks into an advisory requiring that tap water be boiled before being used to drink, cook, make ice, wash dishes or brush teeth.

The crisis was fueled in part by heavy rains that flooded the Pearl River and affected pumps at the main water treatment facility. The flooding exacerbated longtime problems at Jackson's O.B. Curtis Water Treatment Plant.

The EPA opened a federal civil rights investigation over the crisis affecting a city that is 83% African American.

Responding to complaints by the NAACP and Jackson residents, the EPA said it will investigate whether the Mississippi Department of Health and the Mississippi Department of Environmental Quality "discriminated against the majority Black population of the City of Jackson on the basis of race in the funding of water infrastructure and treatment programs and activities."

Mississippi last month extended the state of emergency in the city to November 22, empowering the state's Health Department and Emergency Management Agency to oversee repairs at the water treatment plant.

The water issues have led to sparring between city officials and the administration of Gov. Tate Reeves, a Republican.

Residents and activists attribute the water woes to years of systemic neglect, and some city leaders have blamed the state outright for not answering their calls for upgrading the decrepit system.

Jackson's plight is similar to that of Flint, Michigan, another predominantly Black community that has struggled with its water since 2014. With an African American population of about 54%, Flint has grappled with aging pipes, lead contamination and a Legionnaires' disease outbreak.