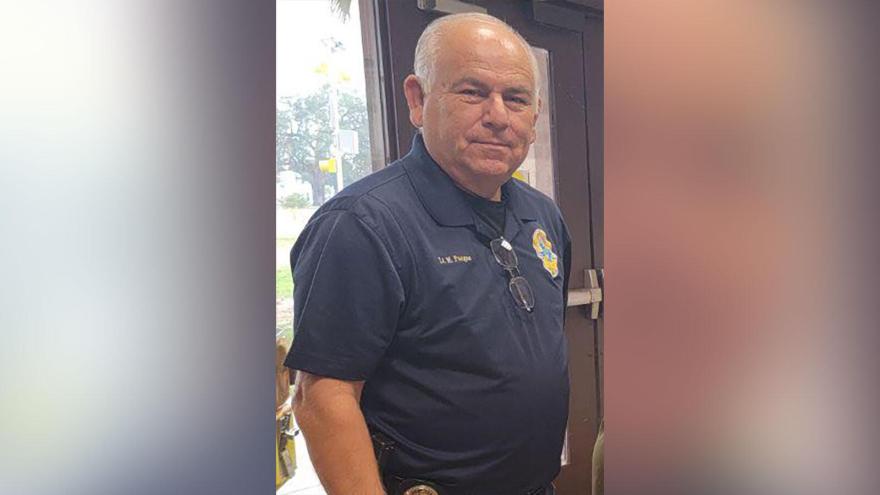 Lt. Mariano Pargas has resigned from the Uvalde Police Department. Pargas was the acting police chief on the day of the Robb Elementary School massacre.

Pargas' resignation comes ahead of a rare Saturday "special meeting" that was called by the city to decide his fate. His resignation is effective immediately, according to McLaughlin.

Pargas, 65, was expected to be terminated during Saturday's scheduled meeting, if he had not been terminated by then.

He was placed on administrative leave by McLaughlin in July when videos from body-worn cameras raised questions about whether he had taken any action to assume command. A recent CNN report demonstrated Pargas was aware students were alive and needed rescue during the shooting but failed to organize help.

When CNN reached Pargas by phone seeking comment Monday, he said he was unable to talk about anything to do with the police department on the advice of his lawyers.

A preliminary report by the Texas House investigative committee in July excoriated multiple law enforcement agencies for their lack of action that day, describing "an overall lackadaisical approach" by authorities.

"There is no one to whom we can attribute malice or ill motives," the report said. "Instead, we found systemic failures and egregious poor decision making."

Angry relatives of some of the children killed in the May 24 shooting have demanded Pargas quit his role as a Uvalde county commissioner.

"He was made aware that people were injured and dying and yet he did nothing. A young girl called 911 in room 112 asking for help and he simply left her and other people to die," said Jesse Rizzo, citing exclusive CNN reporting from this week, at a Uvalde County Commission meeting where families lined up to criticize Pargas.

Rizzo was addressing an empty chair, as Pargas did not turn up for the meeting.