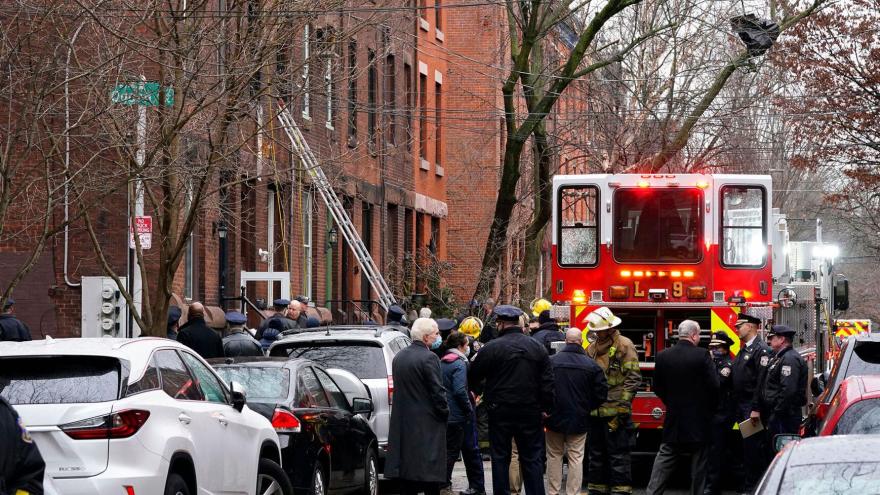 City Fire Commissioner Adam ThieI says it's a "near certainty" that a Philadelphia duplex fire that claimed 12 lives was started by a lighter igniting a Christmas tree on the second floor of the building, pictured here, on January 5 in the Fairmount neighborhood of Philadelphia.

(CNN) -- It's a "near certainty" that a Philadelphia duplex fire that claimed 12 lives was started by a lighter igniting a Christmas tree on the second floor of the building, city Fire Commissioner Adam Thiel said Tuesday.

Thiel said that one of their sources of information, in combination with an exhaustive investigation, was a 5-year-old child who survived the fire. "We believe with certainty, so 99 to 100% confidence, that the first item ignited in this blaze was a Christmas tree," Thiel said.

"We believe with near certainty, based on the evidence, that the ignition source for that tree was a lighter that was located nearby."

While he said the child was a witness and gave a version of events, they cannot say definitively who started the fire. Investigators found that the child was the only person on the second floor where the tree and lighter were found when the blaze started, Thiel added.

"Because we have disproved any other theories or hypotheses, based on the incredible level of expertise that we brought including ATF national response team and all the other partners that contributed to this investigation."

Firefighters responded to the blaze at around 6:40 a.m. last Wednesday at the three-story row house, which had been legally divided into two apartments, officials said.

Responders found "heavy fire" in a kitchen area at the front of the second floor of the building, officials said.

There was "nothing slowing that fire from moving," said Philadelphia Deputy Fire Commissioner Craig Murphy, who told reporters during a news conference Thursday that city police and the ATF Philadelphia branch were assisting with the investigation.

The home is owned by the Philadelphia Housing Authority, a municipal agency that leases homes to people with low income.