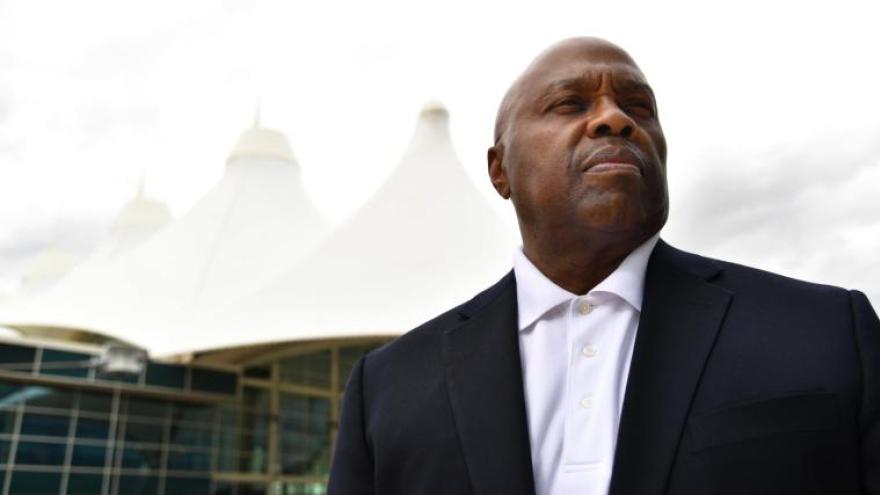 (CNN) -- As the Federal Aviation Administration scrambled to get its systems back online Wednesday, causing nationwide delays in air traffic, the agency was operating without a permanent leader.

That's because President Joe Biden's nominee to head the organization, Phillip Washington, hasn't even received a confirmation hearing -- despite Democrats being in charge of the Senate.

Washington has faced questions about his limited aviation experience and, in September, was named in a search warrant issued as part of a political corruption investigation in Los Angeles.

Because his nomination wasn't acted upon during the last Congress, Biden faced a choice this month of whether to resubmit his name for consideration or identify a new nominee.

Biden renominated Washington last week, signaling the administration's continued support for him. But it remains unclear when he will receive a hearing.

The FAA has been without a permanent administrator since March, when the Trump-nominated Stephen Dickson stepped down midway through his five-year term.

Washington is currently the CEO of the Denver International Airport, his first major leadership role solely focused on aviation. He previously held leadership roles a municipal transit organizations, including in Denver and Los Angeles, focused on bus and rail lines.

Asked last month on CNN about his nomination status, Washington declined to elaborate on his conversations with the White House.

"I enjoy this job, running the Denver International Airport, and I'll do the best that I possibly can. I am honored by the nomination. And if that happens -- if confirmation happens, I'll do the best job I can there as well," he told CNN's Kaitlan Collins.

Some critics, including Sen. Roger Wicker, the leading Republican on the Senate committee that would consider the nomination, have expressed skepticism about supporting Washington's nomination based on his broader lack of aviation industry experience.

The warrant, issued in the fall, added to Washington's issues. It sought more information related to potential favoritism in the awarding of contracts by the Los Angeles Metropolitan Transportation Authority.

Washington served as CEO of the transit authority for six years and whistleblower allegations laid out in the warrant accuse him of pushing forward sole-sourcing the contract to a nonprofit run by a county supervisor.

The warrant also alleges that Washington ordered that a bill of $75,000 be paid to the nonprofit through a purchase order process typically reserved for office supplies.

Washington was appointed to his current role as the chief executive officer of the Denver International Airport -- the third busiest airport in the world -- last year. He also led the Biden-Harris Transportation Department transition team and co-chaired the Biden/Harris Infrastructure Policy Committee.