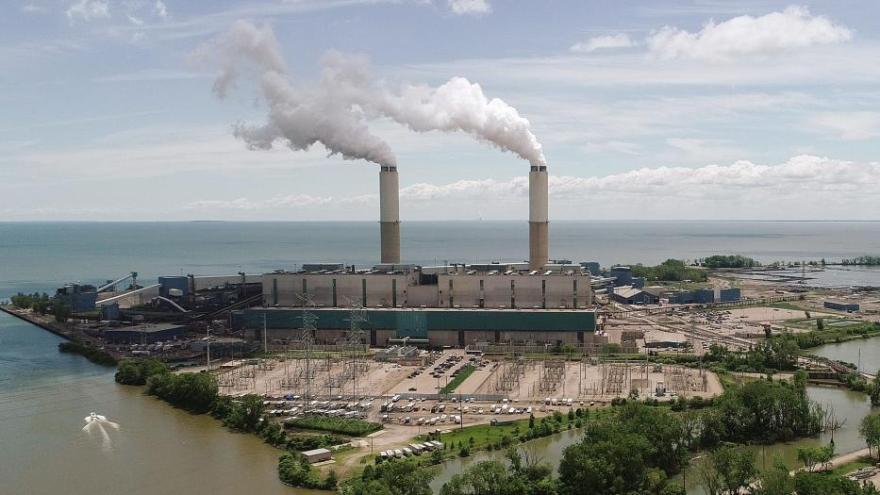 The agency announced last year that it would begin to enforce Obama-era regulations requiring coal-fired power plants to clean up the waste generated from their operations. There are approximately 500 unlined coal-ash ponds in the United States, according to the EPA.

These ponds can leak toxins into groundwater or nearby waterways. Coal ash contains pollutants including mercury, cadmium and arsenic that can poison drinking water and pollute rivers.

The Trump administration was criticized by environmental groups for not enforcing the coal ash rule, which was finalized in 2015.

If the agency finalizes these denials, the power plants will ultimately have to stop dumping coal ash in unlined ponds -- which could make it more expensive for the plants to stay open.

The agency also announced that while a seventh power plant -- the Apache Generating Station in Cochise, Arizona -- has withdrawn its application with the agency, the EPA did find deficiencies in the plant's coal ash liners and groundwater monitoring.

"With today's proposed denials, EPA is holding facilities accountable and protecting our precious water resources from harmful contamination, all while ensuring a reliable supply of electricity to our communities," EPA administrator Michael Regan said in a statement.

The agency said the plant owners and operators failed to demonstrate their ponds could comply with regulations designed to make sure toxic ash doesn't leach into groundwater or nearby waterways.

The EPA found the plants had inadequate groundwater monitoring networks, as well as evidence that coal ash ponds were releasing toxic ash.