Election workers reported more than 1,000 'hostile' contacts in past year 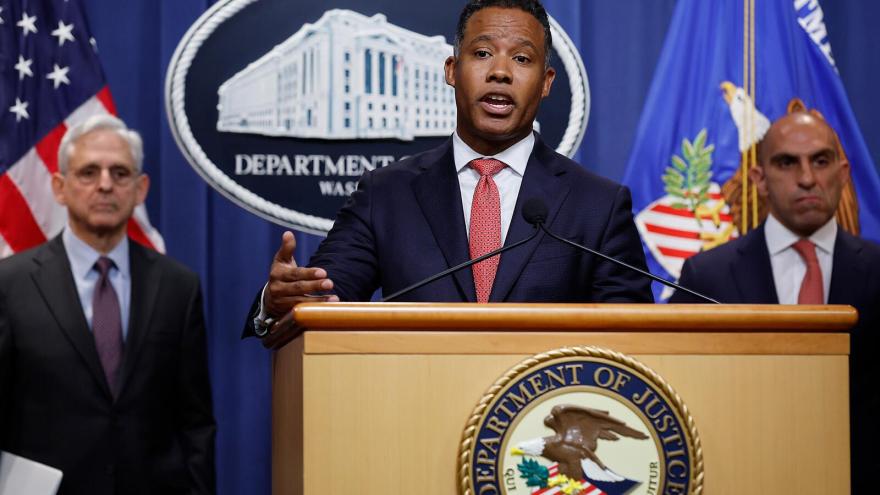 Assistant US Attorney General Kenneth Polite, seen here in May, presented findings from an investigation into threats against election workers on August 1.

(CNN) -- A task force launched by the Justice Department last year to investigate threats against election workers looked at more than 1,000 contacts "reported as hostile or harassing" and said about 11% of those "met the threshold for a federal criminal investigation."

The findings were presented at a briefing on Monday with US Assistant Attorney General Kenneth A. Polite and a bipartisan group of about 750 election officials and workers from across the country as they prepare for the midterm elections.

The Election Threats Task Force, which was created last year to address an increasing number of election workers' concerns over ongoing threats against them, also found that in instances where a source of reported contact was identified, "in 50% of the matters, the source contacted the victim on multiple occasions."

Aside from the 11% of the contacts that merited a federal investigation, "the remaining reported contacts did not provide a predication for a federal criminal investigation," the Justice Department said in a news release announcing the findings on Monday. "While many of the contacts were often hostile, harassing, and abusive towards election officials, they did not include a threat of unlawful violence."

The task force also found that election workers in states with close elections were more likely to receive threats. According to the news release, "58% of the total of potentially criminal threats were in states that underwent 2020 post-election lawsuits, recounts, and audits, such as Arizona, Georgia, Colorado, Michigan, Pennsylvania, Nevada, and Wisconsin." The states listed by the Justice Department are all battlegrounds where former President Donald Trump lost to Joe Biden.

The task force has brought four federal criminal cases so far, the Justice Department said, and plans to bring more cases in the near future. In one case, a Massachusetts man was arrested on Friday after being indicted by a grand jury for allegedly making a bomb threat last year toward an election official in the Arizona's Secretary of State office.

CNN previously reported that election officials are increasingly worried about their safety as midterm season approaches. Kim Wyman, the top election security official at the federal US Cybersecurity and Infrastructure Security Agency, said in June that physical security concerns have "really ramped up since 2020 because of threats that we've seen to state and local officials across the country."

In light of the ongoing threats, officials were also provided at Monday's briefing with resources for seeking funding geared toward increased security at election offices.