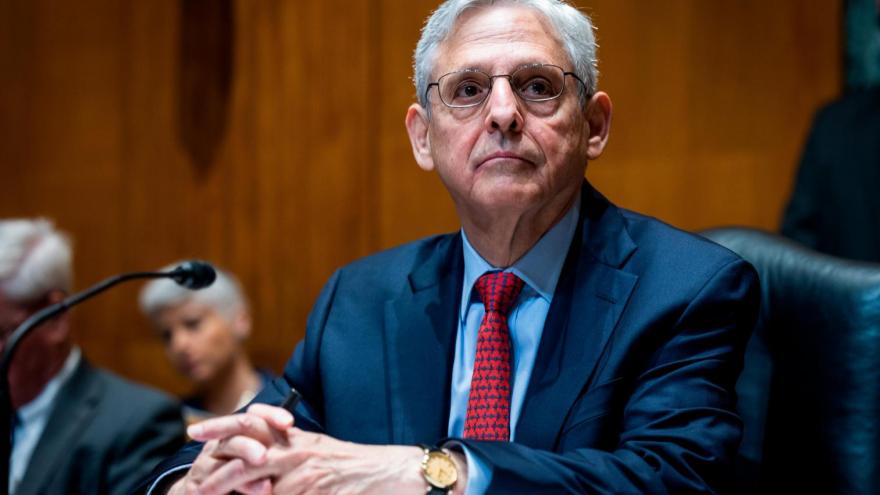 The DOJ announces a new office to enforce laws around climate crisis and toxic pollution.

Low-income communities and communities of color face larger risks from pollution and the impacts of the climate crisis, scientists and health experts have reported. More than 40% of Americans live in areas with unhealthy air quality, according to the American Lung Association, and people of color are the most harmed by it.

The DOJ's Office of Environmental Justice is part of the Biden administration's strategy to prioritize environmental justice -- specifically as it relates to the climate crisis -- after the issue was largely ignored during the Trump administration.

Garland said the OEJ "will serve as the central hub for our efforts to advance our comprehensive environmental justice enforcement strategy," with the office working alongside a number of other intradepartmental agencies, including the Civil Rights Division and United States Attorneys' offices, to "prioritize meaningful and constructive engagement with the communities most affected by environmental crime and injustice."

"Whenever possible, these efforts will respond directly to community needs and concerns," he said, noting that "communities of color, indigenous communities, and low-income communities often bear the brunt of the harm caused by environmental crime, pollution, and climate change."

The new office will be headed by Cynthia Ferguson, an attorney working in the DOJ's Environmental Enforcement Section of its Environment and Natural Resources Division.

Garland also said his department is working to restore its ability to use an enforcement tool that was eliminated under the previous administration. The so-called supplemental environmental projects are used as part of settlement agreements in cases where federal environmental laws were violated to compensate victims and remedy the harm caused by the violations.

"Because these projects bring environmental and public health benefits to the communities most directly affected by the underlying violations, they are particularly powerful tools for advancing environmental justice," Garland said.

Speaking alongside the attorney general, EPA Administrator Michael Regan also stressed the importance of the department's ability to use the projects in cases, saying: "Communities, particularly those with environmental justice concerns, deserve the assurance that their government will take vigorous enforcement action when polluters flout the law and jeopardize their well-being."

A month before that announcement, the EPA unveiled a separate $50 million that would be used in various ways to help identify underserved communities and address "disproportionate environmental or public health harms and risks" in these neighborhoods through a series of initiatives, including education and training.

This story has been updated with additional details Thursday.