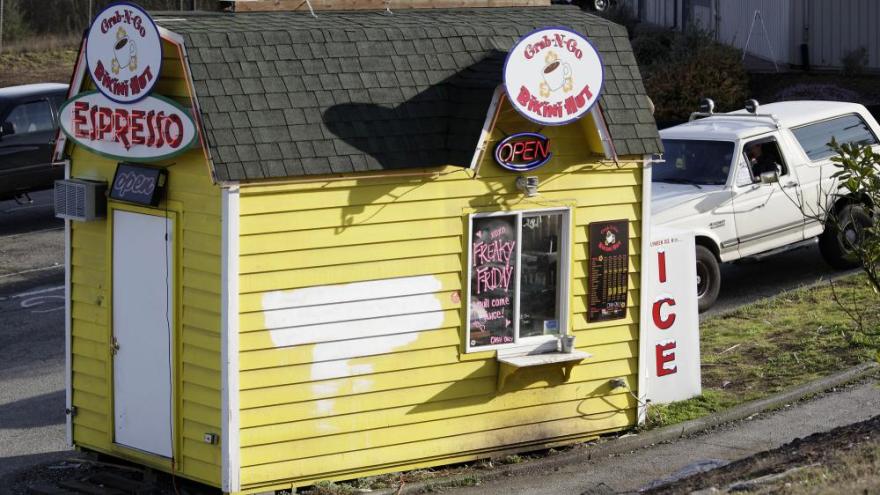 (CNN) -- The city government in Everett, Washington, violated bikini baristas' 14th amendment rights through its ordinances attempting to regulate the clothing baristas are permitted to wear while working, according to an order from a US District Judge in western Washington, which was obtained by CNN.

Baristas employed by Hillbilly Hotties, as well as the coffee stand's owner, sued the city of Everett in 2019 after the city passed two ordinances, according to previous reporting from CNN.

The city's "Lewd Conduct Ordinance" expanded the definition of a lewd act to include the exposure of specifically female upper body parts and created the new crime of facilitating lewd conduct, according to the order.

According to CNN's reporting, litigation over the ordinance has gone up and down the judicial system since 2017 as the case moved from district to federal court, and back to district court again.

In the order filed earlier this month, US District Judge Ricardo Martinez found Everett's Dress Code Ordinances did in fact violate the "Equal Protection Clause" under the 14th amendment.

"This Ordinance clearly treats women differently than men by banning a wide variety of women's clothing, not just pasties and G-strings, or bikinis. The restrictions are so detailed they effectively prescribe the clothes to be worn by women in quick service facilities," according to Martinez's ruling.

"In sum, the City has failed to demonstrate how this disparate treatment of women is substantially related to the achievement of the Ordinance's stated objectives. Summary judgment in favor of Plaintiffs is warranted on this claim," Martinez wrote in the order.

CNN has reached out to the city of Everett.

Everett's bikini barista coffee stands have been under scrutiny for almost a decade when in 2013 police found some stands to be fronts for prostitution and lewd conduct, according to CNN's previous reporting.