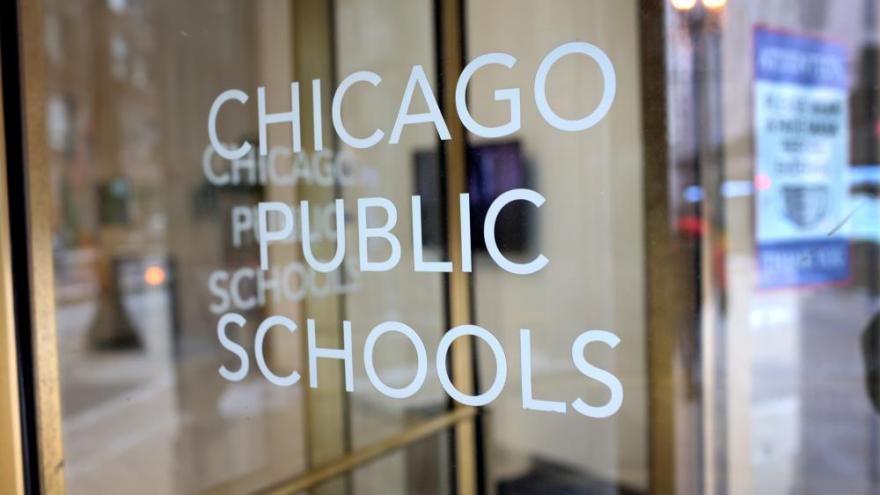 Chicago Teachers Union offers a new proposal, but Mayor Lori Lightfoot says city officials 'will not relent.' Pictured is the headquarters for Chicago Public Schools on January 05, in Chicago.

(CNN) -- Classes in Chicago will be canceled again Monday, making it the fourth consecutive day students have been out of school as the standoff between the Chicago Teachers Union and City officials drags on amid a Covid-19 surge.

"Out of fairness and consideration for families who need to prepare, we are writing to inform you that, at this time, classes will remain canceled for all CPS students on Monday, January 10," a CTU letter to parents read Sunday.

"Although we have been negotiating hard throughout the day, there has not been sufficient progress for us to predict a return to class tomorrow. We will continue to negotiate through the night and will provide an update if we have made substantial progress."

The decision comes as CPS, the third largest school district in the country, canceled classes for more than 340,000 students Wednesday through Friday last week after the CTU voted Tuesday night to refuse to show up for in-person work, citing concerns over Covid-19 safety.

The CTU presented a new proposal to Mayor Lori Lightfoot Saturday that the union said would provide clarity on a return to the classroom, create increased safety and testing protocols and restart the education process for students who have been out of class since Wednesday.

Along with a series of Covid-19 mitigation measures, the CTU's Saturday proposal called for a resumption of in-person work for union members beginning Monday, with virtual learning beginning for CPS students on Wednesday, according to the proposal. CTU proposed resuming in-person instruction on Tuesday, January 18, "unless (the Chicago Department of Public Health) or the State of Illinois determine that public health conditions are not safe for in-person school at the time."

"The best, safest place for kids to be is in school. Students need to be back in person as soon as possible," the statement said. "That's what parents want. That's what the science supports. We will not relent."

Lightfoot told CNN's Anderson Cooper on Friday that she wanted a deal over the weekend. She reiterated that while officials are willing to shut down individual schools if needed, district-wide remote learning was not an option.

City officials have called the standoff a work stoppage. The union says it's a lockout, because teachers want to teach from home until the current surge peaks, but the district canceled classes entirely.

CTU organizer Tennille Evans told reporters on Friday that teachers are ready to work "under safe conditions" and they are asking for "testing, testing, testing" among other mitigation measures.

"All we are asking is that we would like our students to test negative before entering in the building," teacher Briana Hambright-Hall said. "A two-week pause (of in-person learning) is not too much."

City officials have continued to reiterate that schools are safe with the mitigation measures the district has put in place.

"What we've seen over and over again is that with the appropriate protocols in place, schools are not major sources of transmission of Covid," Chicago Health Commissioner Dr. Allison Arwady told CNN this week. "They don't drive outbreaks, and we've seen Chicago Public Schools -- just like our non-public schools in Chicago -- do a good job of implementing those."