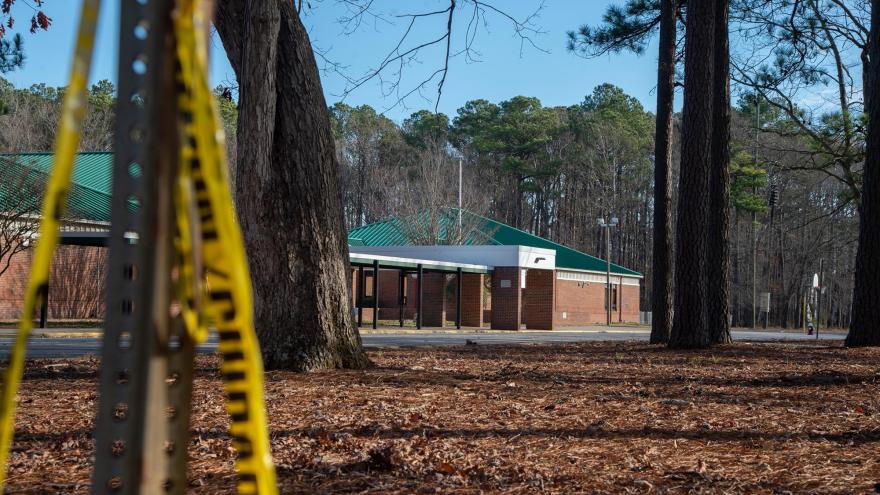 "I think that is certainly a possibility," Drew told "CNN This Morning," a day after police confirmed the boy took the firearm from his home and brought it to school in his backpack Friday before allegedly opening fire in a classroom at Richneck Elementary School, wounding a teacher and sending her to the hospital.

Drew has spoken with the commonwealth attorney multiple times, he said, but emphasized the investigation remains ongoing.

"We need to check with Child Protective Services on any history. We need to check with the school system on any behavioral issues they might have and put those together," he said. "There's still 16, 17 children that we want to work with a child psychologist to get some statement from."

"And at the end of the day, when that's all compiled together and the facts and what the law supports, the Commonwealth's attorney will make the decision if there are any charges forthcoming ... towards the parents," Drew said.

Before police revealed the gun was legally purchased by the 6-year-old's mother, Andrew Block, an associate professor at the University of Virginia Law School, told CNN there was a scenario where the parents could be held criminally liable if the weapon belonged to them and they did not keep it properly locked up. But in Virginia, that's only a Class 1 misdemeanor, Block said.

Without more information, "it's hard to know if there's criminal liability or not, and who should have it," said Block, former director of the Virginia Department of Juvenile Justice.

The boy was taken into police custody Friday, and Drew said Monday he was under a temporary detention order and was being evaluated at a hospital.

Police received the call that a teacher -- later identified as first-grade teacher Abigail Zwerner, 25 -- had been shot at 1:59 p.m. Friday, Drew said. When officers entered the classroom where the shooting happened five minutes later, they saw the boy was being physically restrained by a school employee.

The 6-year-old was combative and struck the employee restraining him and officers took control, escorting him out of the building and into a police car, police said.

The teacher was "providing class instruction when the child displayed a firearm, pointed it at her and fired one round," Drew said at Monday's news conference. "There was no physical struggle or fight."

Zwerner has been praised by city officials for her response. Despite being shot in the chest through her hand, she made sure all her students made it out of the classroom just after the shooting, Drew said. She was the last to leave her classroom, making her way to the administration office.

"Abby was faithful as a teacher," Newport News Mayor Phillip Jones said. "She ensured that everyone was accounted for and that she was the last one to leave."

Though her injuries were earlier described as life-threatening, Zwerner has been in stable condition, authorities have said.

A GoFundMe page organized by Zwerner's twin sister has raised more than $65,000 since it was created Monday, donations that will go toward her recovery.

"Abby, my family, and I are humbled by the outpouring of support we've received in the days following the event," Zwerner's sister wrote. "Thank you for all of the prayers, well wishes, and words of kindness."