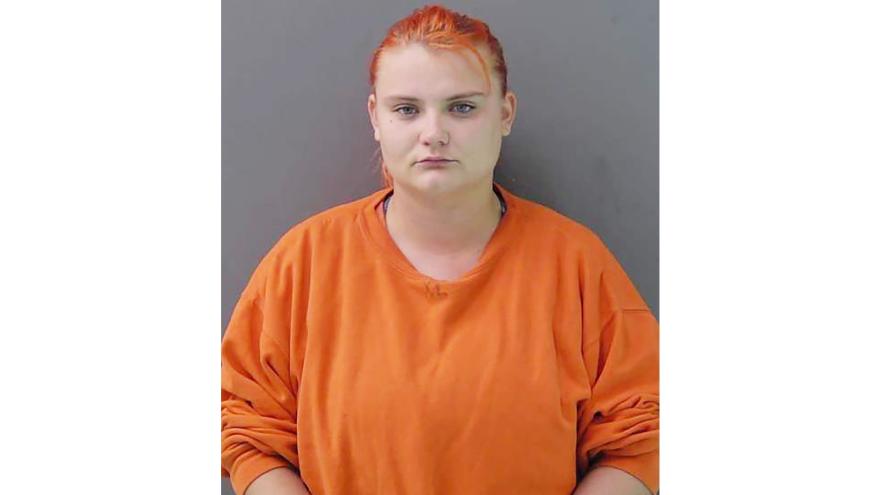 Cecily Aguilar pleaded guilty to being involved in covering up the death of Army Spc. Vanessa Guillen, according to KWTX. Credit: Bell County Jail

(CNN) -- Cecily Aguilar, who was arrested in 2020 in connection with the disappearance of Army Spc. Vanessa Guillen, pleaded guilty Tuesday to being involved in the cover-up of her death, according to CNN affiliate KWTX and an attorney for Guillen's family.

Aguilar pleaded guilty to one count of accessory after the fact and three counts of making a false statement, KWTX reported.

Aguilar also waived her rights to a trial, according to KWTX. She is facing at least 30 years in prison, a fine of up to $1 million and the possibility of 12 years of federal supervision once released from prison, KWTX reported.

CNN has reached out to Aguilar's attorneys for comment.

The main suspect in Guillen's disappearance was identified by officials as Spc. Aaron David Robinson, who shot himself after being confronted by investigators.

Aguilar was Robinson's girlfriend, according to KWTX.

"Cecily Aguilar's guilty plea today was another step on the long path toward justice for Vanessa, my client, and her courageous family. We knew she was guilty but her admission provides some closure for Vanessa's family & friends, which they deserve," Guillen's family attorney, Natalie Khawam, said in a statement to CNN.

Guillen had been stationed at Fort Hood, Texas, when she went missing in April 2020. Her body was found in a shallow grave on June 30, 2020.

When her remains were found, it emerged she had been bludgeoned to death with a hammer in the armory room where she worked and her body was transported from the installation by her killer, according to a family lawyer, who cited details shared with the family by investigators.