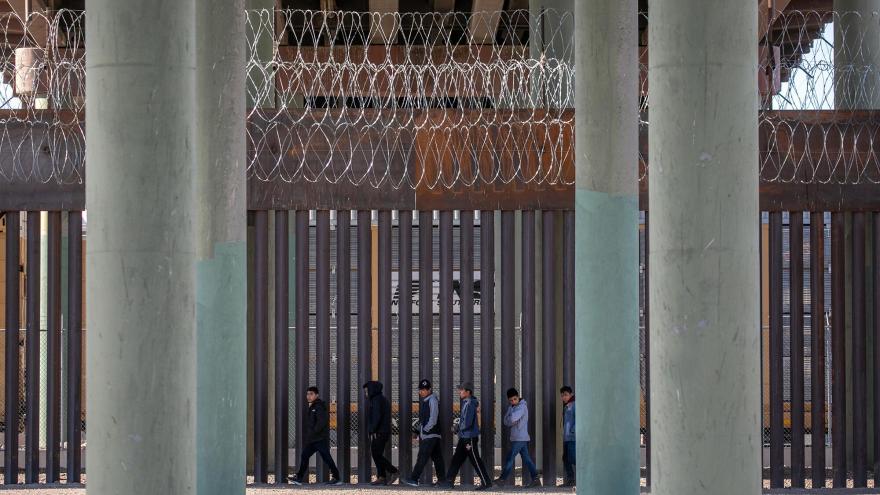 Undocumented immigrants are seen walking along the border wall on March 17 in Ciudad Juarez, Mexico. US Customs and Border Protection says it is deploying more agents to the US-Mexico border.

(CNN) -- US Customs and Border Protection is deploying more agents to the US-Mexico border as the agency continues to face a growing number of migrants, an agency spokeswoman told CNN.

Stephanie Malin, a CBP spokeswoman, said more than 300 agents, including those that were part of an initial deployment earlier this year, are being moved primarily from Northern and Coastal sectors to provide support. Malin didn't disclose the specific number or locations, citing law enforcement sensitivities.

The deployments come after US authorities encountered more than 100,000 migrants, including families and unaccompanied children, on the US-Mexico border in February, straining resources and overwhelming facilities originally designed for adults.

Internal government estimates previously obtained by CNN indicate that the Biden administration could need at least 34,100 additional beds to keep up with the projected number of unaccompanied children arriving at the US-Mexico border through September.

The Biden administration is also asking federal workers to volunteer to help with "urgent efforts" to care for and place unaccompanied migrant children.

Last week, nearly a dozen retired Border Patrol chiefs called on congressional leaders to provide additional resources and take steps to reform the US immigration system in a letter shared with CNN.