Cardboard box filled with a $180,000 cash donation mailed to The City College of New York. The package sat in a mailroom for months 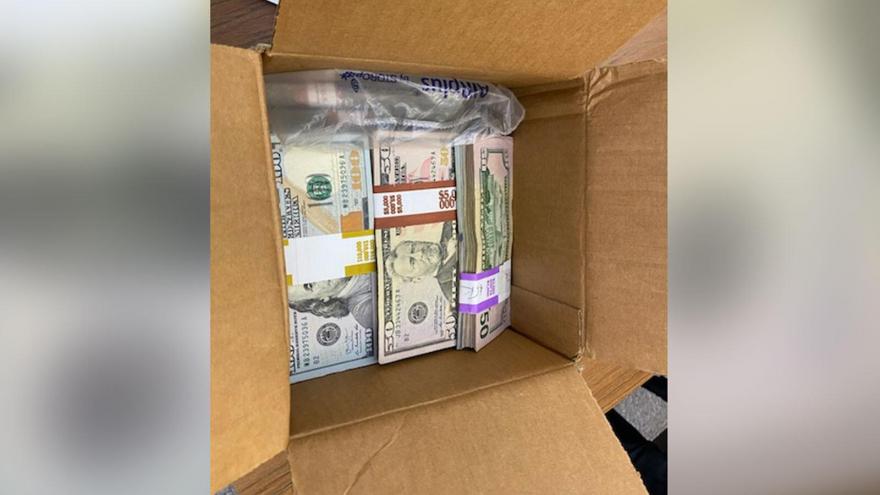 Physics professor Vinod Menon doesn't get much mail at the office, so when The City College of New York (CCNY) returned to in-person classes this semester, he was greeted with some junk mail and a nondescript package in a battered cardboard box.

(CNN) -- Physics professor Vinod Menon doesn't get much mail at the office, so when The City College of New York (CCNY) returned to in-person classes this semester, he was greeted with some junk mail and a nondescript package in a battered cardboard box.

Menon, the chairman of the physics department, at first thought it was some sort of memento sent by a former student, but when he opened the box on September 1, he found stacks for $50 and $100 bills -- $180,000 in all.

"I've never seen this kind of money in real life in cash form," Menon told CNN. "I've never seen it except in movies, and so, yeah, I was shell shocked and I just did not know how to react."

There was an unsigned letter in the package explaining that the donor graduated "long ago" from The City College of New York with a double major in physics and mathematics, then got an MA in physics there and went on to get a double PhD in physics and astronomy.

"Assuming that you are (a) bit curious as to why I am doing this, the reason is straightforward: the excellent educational opportunity available to me -- which I took full advantage of at CCNY (and Stuyvesant High School) -- gave me the basis to continue to develop," the letter said.

The donor said they had had "a long, productive, immensely rewarding" scientific career.

The box of money weighed 4 pounds, 8 ounces and it cost $90.80 to send by 2-day Priority Mail from Pensacola, Florida. It had been delivered to CCNY on November 12, 2020 -- long after the school had moved to distance learning in March because of the Covid-19 pandemic.

Menon said he has been going to his lab pretty regularly during the pandemic, but not to the science building where he taught classes.

"Seeing the money was a shock. Reading the letter really made me proud and happy to belong to this institution, which actually made a difference in that person's life," Menon said.

The letter asked that the money be used to help junior and senior students also double majoring in physics and math who need financial support to continue their studies.

Menon said he called the Dean of Sciences immediately and they contacted campus police and the department that handles gifts when they realized how much money they had.

Before CCNY could keep the money, officials had to make sure that it wasn't the proceeds of some sort of criminal activity.

Investigators from the school, The City University of New York (CUNY) system, NYPD, US Postal Service and the FBI and Department of Treasury determined the money was clean.

They were not able to identify the donor -- there was a name on the package, but it didn't match anyone in the CCNY alumni records. The return address didn't solve the mystery either, Menon said.

Once they knew the gift was legit, the CUNY board of trustees voted unanimously on December 13 to approve a resolution accepting the money.

Board members marveled at the unheard-of gift during their meeting and one suggested that they bronze the box and put it on display as a tribute to the donor's generosity and the honesty of the campus mail system.

Menon said he doesn't know what happened to the box, but his department would honor the anonymous donor's wish by giving out two full-tuition scholarships each year.

Tuition at CCNY is about $7,500 per year, so the gift will fund the scholarships for a decade, Menon said.

"I'd like them to know that firstly, we are thankful for the gift. I'm really honored that he or she decided that this was the right place to spend that kind of money on," Menon said. "And I'm also proud of the fact that the person had a wonderful career based on the education that they received at City College."
Menon said they are still working out the details for creating the scholarship, but the first students could receive it as soon as the fall semester in 2022.