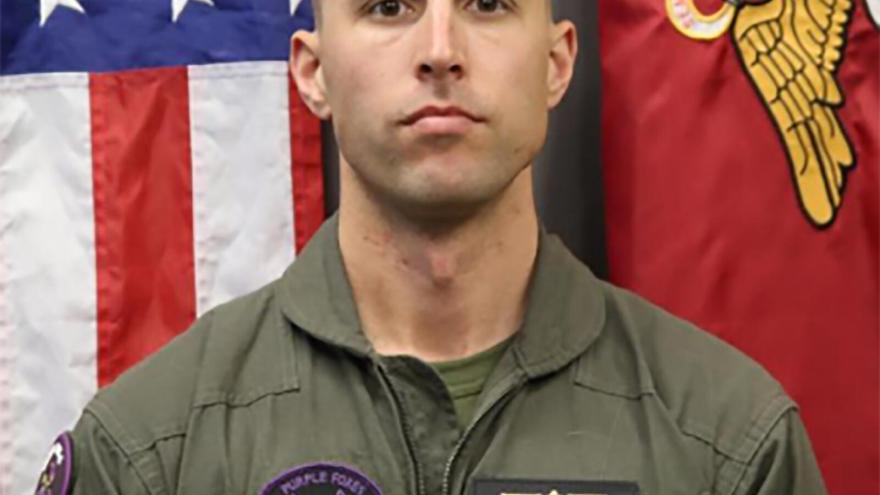 Capt. John J. Sax, was a member of the crew that crashed in the desert near Glamis, California.

(CNN) -- Former Dodgers player Steve Sax's son was among the five Marines killed when their aircraft crashed during a training mission in California on Wednesday.

Capt. John J. Sax, 33, was among the crew that crashed in the desert near Glamis, California.

"It is with complete devastation that I announce that my precious son, Johnny was on of the five (5) US Marines that perished on Wednesday, June 8, in the Osprey Military crash near San Diego," former All-Star Sax said in a statement obtained by CNN affiliate KCAL/CBS.

"For those of you that knew Johnny, you saw his huge smile, bright light, his love for his family, the Marines, the joy of flying airplanes and defending our country! He was my hero and the best man I know, there was no better person to defend our country."

The Los Angeles Dodgers also released a statement on Twitter offering "thoughts and condolences" to all the families and friends of the lost Marines.

"The Los Angeles Dodgers are saddened to hear about the passing of Steve Sax's son, John, and the five Marines who lost their lives in this week's tragic helicopter accident," the statement read.

Equipment recovery efforts have begun and an investigation into the crash involving a MV-22B Osprey is underway, the Marines said.