California deputy killed in the line of duty, the county's second in two weeks 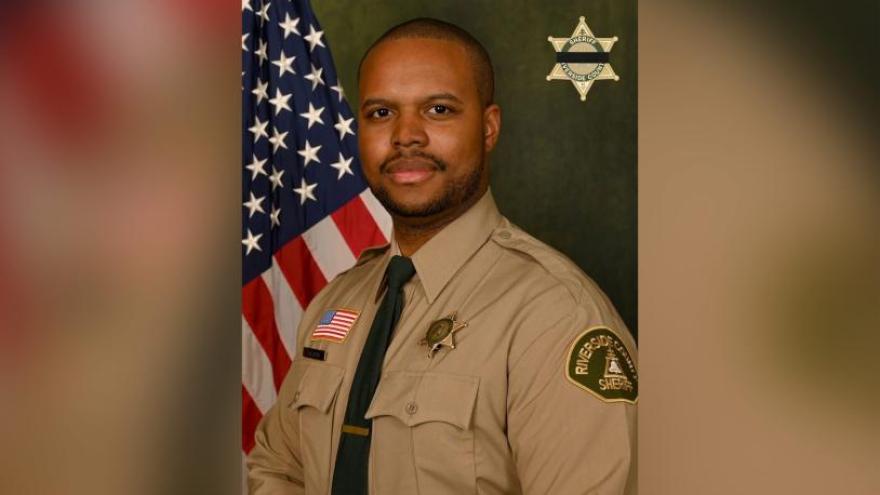 (CNN) -- A California deputy was shot and killed in the line of duty Friday, the second such fatality in two weeks, the Riverside County Sheriff's Department said.

Darnell Calhoun, 30, leaves behind a pregnant wife and a grieving community still reeling from the December 29 killing of Deputy Isaiah Cordero during a traffic stop, Sheriff Chad Bianco said during a news conference Friday night.

Cordero's was the first on-duty killing of a Riverside deputy in 20 years, Bianco said.

"Nationwide, we are confronting these situations with armed individuals who, over what seem to be minor disagreements, are willing to engage law enforcement in life-and-death gun battles all too frequently.

"Unfortunately, I'm going to tell you we will get through it. We will hold our heads high. And we will come right back to work and answer another call for service that could put our lives in jeopardy again."

'I promised I would take care of him'

Calhoun was responding to a domestic violence call related to a child custody issue when he was killed, Bianco said. Calhoun was the first deputy at the scene. A second deputy arrived and found Calhoun lying in the street suffering from gunshot injuries.

A shootout then occurred between the second deputy and the suspect. The suspect was shot and was taken to a hospital where he was in critical condition, Bianco said.

Calhoun joined the department in February 2022 after spending two years with the San Diego Police Department. He was assigned to the Lake Elsinore station, Bianco said.

"He was a husband, a son. He would've been a dad," the sheriff said haltingly. "There is not one person with one negative thing to say about him. He was the most cheerful, the most positive, the most good, wholesome man you could imagine.

"He has a fantastic family. In February when he was sworn in, I hugged his mother and I promised I would take care of him."