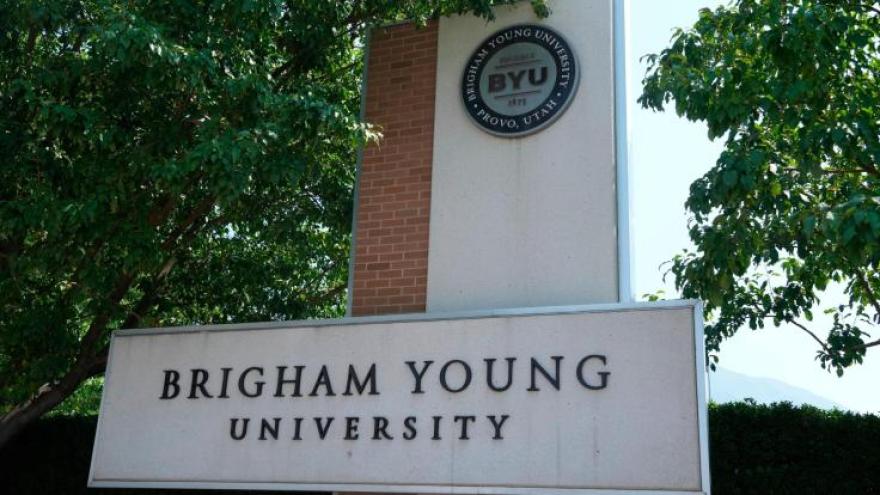 (CNN) -- First came the claim by a member of the Duke University women's volleyball team that Brigham Young University officials did not act quickly enough to stop racist harassment she and other Black players were subjected to in Utah.

Then, Brigham Young Athletics followed with an apology for what happened at the August 26 match and said it had banned a fan from all athletic venues.

On Friday, however, BYU Athletics said its investigation did not find any evidence of racial heckling.

"As a result of our investigation, we have lifted the ban on the fan who was identified as having uttered racial slurs during the match," the university said in a statement. "We have not found any evidence that that individual engaged in such an activity. BYU sincerely apologizes to that fan for any hardship the ban has caused."

Rachel Richardson, a sophomore on Duke's volleyball team, tweeted a statement on August 28 alleging she and other Black players were subjected to racist harassment during a match days earlier. Richardson claimed BYU officials failed to act even after being made aware of the incident.

"The 18 members of the Duke University volleyball team are exceptionally strong women who represent themselves, their families, and Duke University with the utmost integrity," King said. "We unequivocally stand with and champion them, especially when their character is called into question."

CNN has reached to Richardson's father, who has said his daughter was "afraid" and phoned him in tears after the match.

Watching the game on television at the Richardson family home, Marvin Richardson said he had "no clue" what had taken place during the match?, but his daughter explained her experience to him in detail afterwards.

"After the game, we [Rachel and I] always talk and she called, but this was a different call," Marvin told CNN's "New Day."

"She was crying, she was upset and Rachel's not the person who calls and cries over a loss, it's just not who she is. So we knew something was wrong and then as she started to tell us what was going on and what had happened during the game, first [we felt] anger, outrage and then just a real need to make sure something was done to correct the things that came across us."

BYU said it reviewed audio and video recordings, along with university broadcast footage, and interviewed more than 50 people at the match as well as Duke and BYU athletic personnel and student-athletes.

"As we stated earlier, we would not tolerate any conduct that would make a student-athlete feel unsafe. That is the reason for our immediate response and our thorough investigation," the statement said.

"Despite being unable to find supporting evidence of racial slurs in the many recordings and interviews, we hope that all those involved will understand our sincere efforts to ensure that all student-athletes competing at BYU feel safe," BYU said.