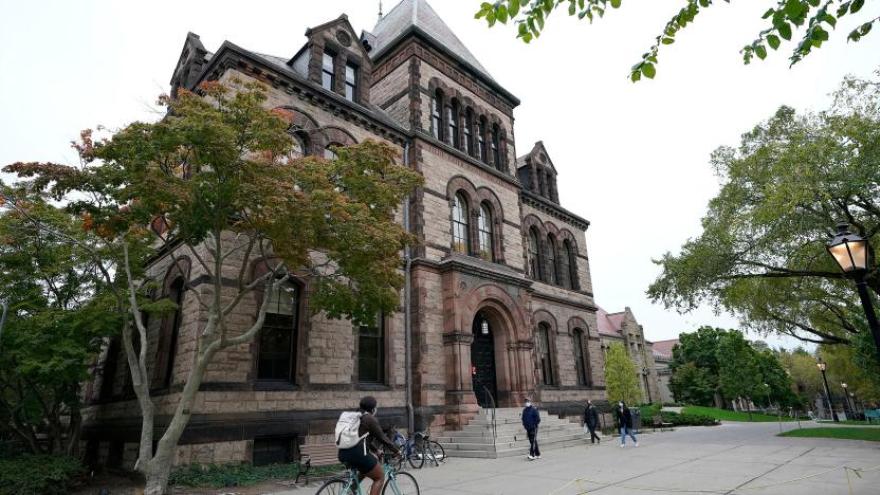 Brown University is the latest educational institution in the US to add caste protections to its nondiscrimination policy.

(CNN) -- Brown University now explicitly prohibits discrimination on the basis of caste, joining a number of US colleges and universities in shoring up protections against an ill-understood, insidious form of oppression.

The university's governing body voted this fall to add caste as a protected characteristic to its nondiscrimination policy, alongside categories such as race, religion, sex and gender identity. It's the first Ivy League institution to add such protections for the wider campus community, including students, faculty and staff, according to the advocacy organization Equality Labs.

"The previous policy would have protected people experiencing caste discrimination," Sylvia Carey-Butler, the university's vice president for institutional equity and diversity, said in a news release. "But we felt it was important to lift this up and explicitly express a position on caste equity."

The caste system, which originated in ancient India, is a social hierarchy that historically assigned people to groups based on occupation and moral obligation. It evolved over time to assign a degree of "spiritual purity" at birth, in turn determining everything from a person's societal rank and occupation to what they ate and who they married. At the bottom of that social order, considered so low that they fall outside the traditional hierarchy and are relegated to the worst jobs in society, is a group that now calls itself Dalits.

Though the caste system and caste-based discrimination have been legally outlawed in India and other South Asian countries, they continue to manifest in society. Dalits and members of other oppressed castes routinely face challenges both in India and elsewhere. With Indians now comprising one of the largest groups of new US immigrants, caste bias and discrimination stand to become more of a problem stateside.

US tech companies, which employ a high concentration of South Asian workers, have grappled with issues of caste in recent years, and caste-oppressed students at US colleges and universities have previously told CNN that they have faced slurs, microaggressions and social exclusion on campus because of their caste identities.

Those outside South Asian communities often don't understand how these dynamics operate, given that they unfold within members of the same racial and ethnic group. This has left caste-oppressed people in settings such as college campuses with little recourse.

The recent move by Brown aims to change that. A group of Brown students worked with administrators to bring about specific protections for caste, which they said, "legitimizes caste-oppressed experiences and provides a framework for reporting incidents," according to the university news release.

"Many caste-oppressed people remain 'closeted' about their caste identity in fear of experiencing retaliation or discrimination," the students said in a statement. "The new language of the University's nondiscrimination policy offers caste-oppressed students who may be hiding their caste identity an option to report and address the harm they experience."

The California State University system made caste a protected status earlier this year, while schools such as the University of California, Davis; Colby College and Brandeis University have adopted similar measures. Harvard University instituted caste protections for student workers last year as part of its contract with the Harvard Graduate Student Union.

The moves have been heralded by Dalit rights advocates, but they've also encountered resistance from some Hindu organizations. After Cal State banned caste discrimination, two professors represented by the Hindu American Foundation filed a lawsuit against the university system alleging that the policy unfairly targets Hindus and mischaracterizes their religion.

Despite its origins in Hinduism, the caste system has since spread to other South Asian religious communities. Similar systems are also found in some other parts of the world.