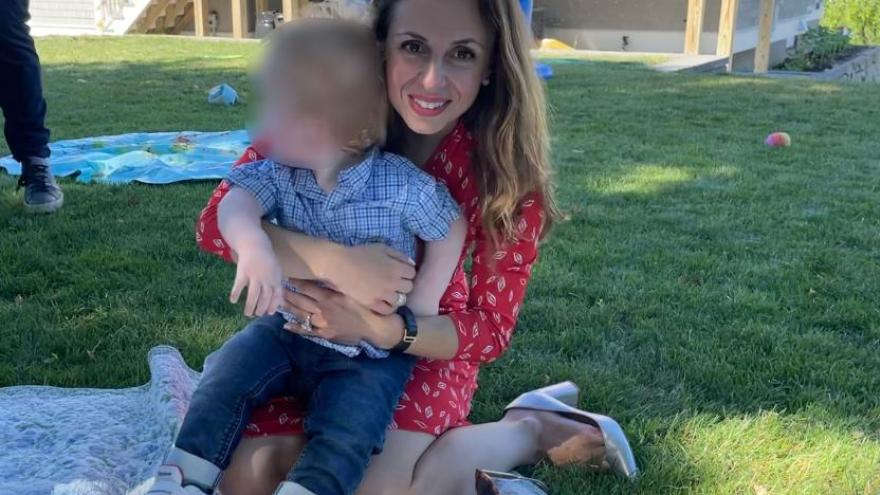 (CNN) -- Brian Walshe killed and dismembered his wife Ana Walshe and disposed of her remains in dumpsters because he wanted to end their marriage, a prosecutor with the Norfolk district attorney's office said at his arraignment on Wednesday.

"Rather than divorce, it is believed that Brian Walshe dismembered Ana Walshe and discarded her body," prosecutor Lynn Beland said.

In their criminal complaint prosecutors stated that Brian Walshe assaulted and beat his wife to death.

Beland read aloud the allegations and suspected motive in Quincy District Court as Walshe, 47, was arraigned on charges of murder and disinterring a body without authority. He has been in jail since January 8, when he was arrested and charged with misleading investigators searching for his wife.

The hearing was the first time that prosecutors definitively said Ana Walshe, the 39-year-old Massachusetts mother of three who has been missing since the new year, is believed to be dead. Prosecutors did not say whether they had found her remains.

In court, Beland laid out some of the evidence that led to the charges, including the discovery of Ana Walshe's belongings and blood in the garbage and Brian Walshe's Google searches about dismemberment and disposing of dead bodies.

According to the prosecutor, surveillance video captured Brian Walshe tossing heavy bags into dumpsters in Abington and in Swampscott and cell phone data showed he visited a dumpster near his mother's home in Swampscott.

The bags in Abington had been destroyed by the time police located them, Beland said. However, the trash bags in Swampscott were discovered in a collection site in Peabody and contained blood stains, cleaning equipment, a hacksaw, a hatchet, boots and a Prada purse carried by Ana Walshe and her Covid-19 vaccination card, the prosecutor said.

The state crime lab tested some of the bloody items in the bags and found DNA from Ana and Brian Walshe, Beland said.

Further, in the days after her disappearance, Brian Walshe allegedly made a series of unsavory Google searches, including on his son's iPad: "Ten ways to dispose of a dead body if you really need to," "dismemberment and the best ways to dispose of a body," "can you be charged with murder without a body," and "can you identify a body with broken teeth," according to the prosecutor.

And on December 27, he had Google searched, "What's the best state to divorce for a man?"

At arraignment, Brian Walshe shook his head once but did not otherwise react to the gruesome allegations. He spoke in court to say he acknowledged the charges, and a not guilty plea was entered on his behalf. He also has pleaded not guilty to the charge of misleading investigators.

The judge ordered him held without bail. His next court date is February 9.

In a statement, Brian Walshe's defense attorney Tracy Miner said she would not comment on the case and suggested the evidence was not strong.

"I am not going to comment on the evidence, first because I am going to try this case in the court and not in the media. Second, because I haven't been provided with any evidence by the prosecution. In my experience, where, as here, the prosecution leaks so-called evidence to the press before they provide it to me, their case isn't that strong," she said.

"When they have a strong case, they give me everything as soon as possible. We shall see what they have and what evidence is admissible in court, where the case will ultimately be decided."

How we got here

The arraignment comes after a massive search for Ana Walshe since she was reported missing by her workplace on January 4.

Since then, authorities have scoured the couple's Cohasset home, performed a sweeping search of the town, and pored through dumpsters looking for any sign of what happened to her.

Police found blood stains and a bloody, broken knife in the couple's basement, prosecutors have said.

Investigators have also accused Brian Walshe of intentionally delaying investigators to cover up evidence, alleging he lied about some of his actions in the days following his wife's disappearance.

He told police he last saw his wife the morning of January 1 when she left for a work trip to Washington, DC, according to a police affidavit. The husband said he spent the rest of the day running errands for his mother and spent time on January 2 with his kids.

However, prosecutors say there is no evidence Ana Walshe took her usual rideshare or taxi to the airport, or that she took a flight or arrived in Washington. Her phone also pinged near the couple's home overnight on January 1 into January 2.

Additionally, investigators allege Brian Walshe did not run errands for his mother on New Year's Day and say he took an undisclosed trip to Home Depot on January 2, where prosecutors say he spent about $450 on cleaning supplies, including mops, a bucket and tarps.

On January 4, Ana Walshe's employer, real estate company Tishman Speyer, called police to report her missing, according to investigators. A Cohasset police log says, "Company has contacted the husband. He has not filed a police report."

Brian Walshe called his wife's workplace before they reported her missing to say he hadn't heard from his wife, defense attorney Miner has said.

Husband has a turbulent legal history

The charges against Brian Walshe in his wife's disappearance are the latest in a string of legal troubles for the husband.

In 2021, he pleaded guilty to three federal fraud charges related to a scheme to sell fake Andy Warhol art online. He was placed under house arrest as he awaits sentencing and was required to get approval to leave his house for specific activities at specific times.

Investigators allege Walshe took several unapproved trips the week after his wife disappeared that could be violations of the terms of his house arrest, a police affidavit says.

Additionally, a police report obtained by CNN shows Ana Walshe reported someone threatened to "kill (her) and her friend" in 2014. Brian Walshe was the person involved in the report, a spokesperson for the Washington DC Metropolitan Police Department confirmed.

The case was closed because the victim refused to cooperate with the prosecution, police said.

In 2019, a relative and family friends also painted Walshe as a violent and untrustworthy person during a legal battle over his father's estate. Two friends of Brian Walshe's father accused Walshe of financial misconduct and said he is "a sociopath," according to affidavits filed in the case.

"I just had this horrible gut feeling and I prayed I was wrong," she said Tuesday. "I prayed that it wasn't the case. And here we are now finding out a few hours ago there's a murder charge ... That's a heavy, heavy thing,"

Though Bardhi is terrified to learn the details in the case, she hopes the truth will emerge, she said.

"I think that the truth is a real double-edged sword. It's painful to know, but it's necessary," she said. "I think that those kids deserve to know what happened to their mother, no matter what, and her family and her friends."

The couple's three children, between the ages of 2 and 6, are in the custody of the Massachusetts Department of Children and Families, a spokesperson said.