Binx, cat who lived in the Champlain Towers South, was found near collapse site and reunited with family, mayor says 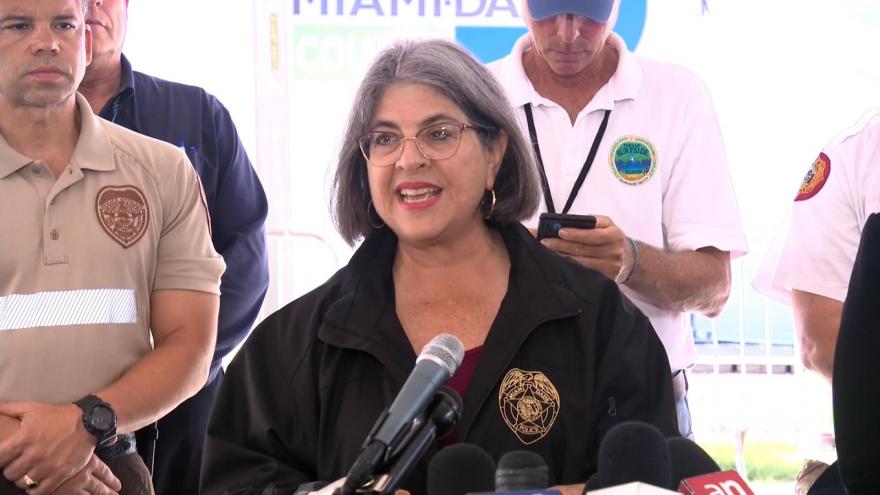 Binx, the cat who lived in the Champlain Towers South, was found near the collapse site and reunited with family, mayor says.

(CNN) -- Binx, a cat who lived on the ninth floor of the Champlain Towers South, was reunited with his family on Friday after volunteers found him near the site of the collapse, Miami-Dade County Mayor Daniella Levine Cava said in a news conference.

"After 16 long and extremely difficult days, I'm happy to be able to share a small piece of good news," the mayor said Friday evening.

Levine Cava said there are people who feed the cats in the area surrounding the collapse site and one of the volunteers thought they recognized the cat and brought it to an animal shelter, "where it was positively identified" as belonging to one of the families in the building.

The mayor did not identify the family that the cat belongs to.

"Thank you from the bottom of my heart and all of us who are so happy to have played a role in returning Binx with his family," Levine Cava said.

"I'm glad that this small miracle would bring some light into the lives of a hurting family today, and provide a bright spot for our whole community in the midst of this terrible tragedy," she added.

When asked by a reporter where the cat was found, the mayor said Binx was "in the vicinity" of the site.

"There are a lot of cats in the area, and we have been sending out our Animal Services Department with live traps to find cats, and we also have supported those who are volunteering to feed the cats," she said.

The death toll in the condo collapse now stands at 79, the mayor said in the Friday briefing, and of those, 53 victims have been identified. Currently, 61 people are potentially unaccounted for, she added.