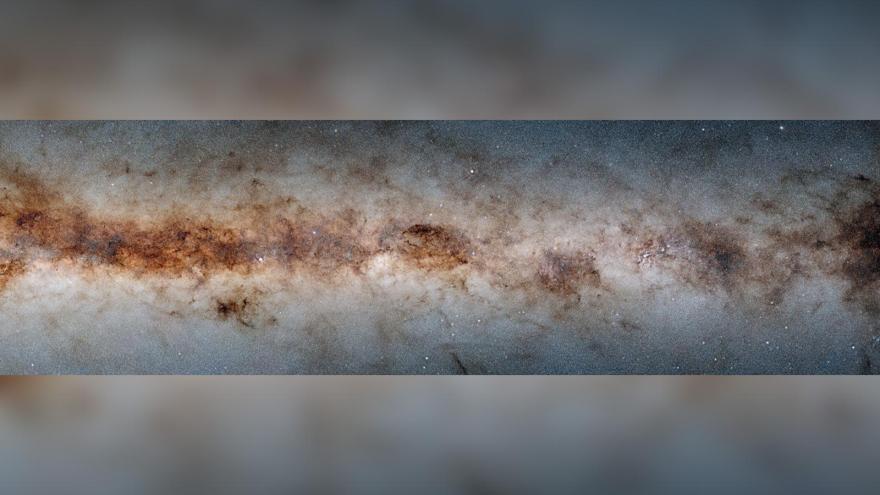 Our galaxy is brimming with hundreds of billions of stars, dark pillars of dust and gas, and gleaming stellar nurseries where stars are born. Now, astronomers have documented those wonders in unprecedented detail during the Dark Energy Camera Plane Survey, which captured 21,400 individual exposures over two years.

The survey, which marks the second data release from the program since 2017, is the largest catalog of Milky Way objects to date. The Dark Energy Camera, located on the Víctor M. Blanco 4-meter Telescope at the National Science Foundation's Cerro Tololo Inter-American Observatory in Chile, captured the data for the survey.

The telescopes there sit at an altitude of about 7,200 feet (2,200 meters) and can observe the southern sky in great detail across visible and near-infrared wavelengths of light. The two data releases from the Dark Energy Camera Plane Survey cover 6.5% of the night sky. Astronomers will be able to use the data release to better map the 3D structure of the galaxy's dust and stars.

"This is quite a technical feat. Imagine a group photo of over three billion people and every single individual is recognizable," said Debra Fischer, division director of astronomical sciences at the National Science Foundation, in a statement.

"Astronomers will be poring over this detailed portrait of more than three billion stars in the Milky Way for decades to come. This is a fantastic example of what partnerships across federal agencies can achieve."

A new image showcasing the celestial objects captured by the survey was released on Wednesday, which includes stars and dust across the Milky Way's bright galactic disk. The galaxy's spiral arms also lie in this plane. Together, such bright features make observing the Milky Way's galactic plane — where most of its disk-shaped mass lies — a difficult task.

Dark streaks of dust seen in the image obscure starlight, while the glow from star-forming regions make it hard to spot the individual brightness of celestial objects.

By using the Dark Energy Camera, astronomers were able to peer through the dust of the galactic plane using near-infrared light and used a data-processing method to mitigate the obscuring effects of the star-forming regions.

The data set was shared in a study published Wednesday in the Astrophysical Journal Supplement.

"One of the main reasons for the success of DECaPS2 is that we simply pointed at a region with an extraordinarily high density of stars and were careful about identifying sources that appear nearly on top of each other," said lead study author Andrew Saydjari, a doctoral student at Harvard University and researcher at the Center for Astrophysics | Harvard & Smithsonian, in a statement.

"Doing so allowed us to produce the largest such catalog ever from a single camera, in terms of the number of objects observed."