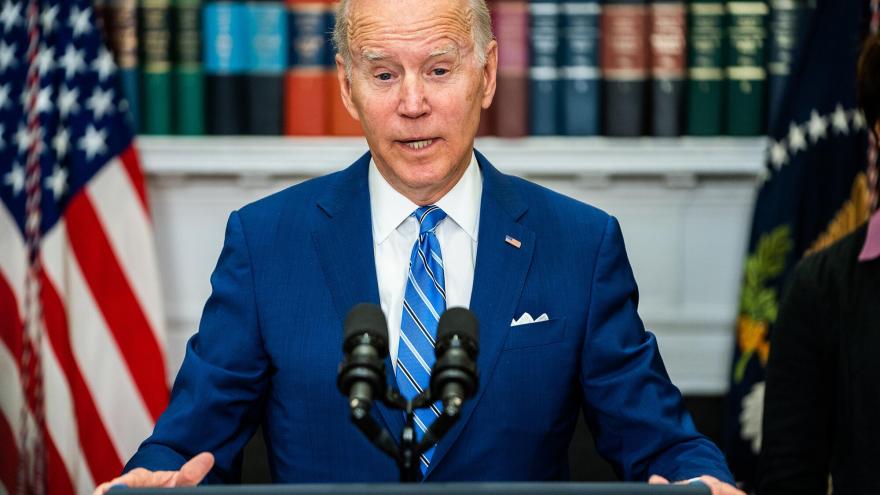 President Joe Biden, here delivering remarks on economic growth at the White House on May 4, will announce voluntary 3D printing initiative during his trip to Ohio on Friday.

(CNN) -- President Joe Biden will announce the launch of a new voluntary initiative to boost the use of 3D printing in domestic supply chains during his trip to Ohio on Friday, according to two senior administration officials and a White House fact sheet touting the announcement.

The new initiative, called "Additive Manufacturing Forward" (AM Forward), will pair large manufacturers with US-based suppliers to help them more extensively use 3D printing technology, according to the fact sheet. AM Forward is aimed at bolstering and strengthening US supply chains, helping lower costs and spurring investment in smaller or medium-sized companies, one official told reporters.

This person added that the federal government will help small and medium-sized manufacturers access capital to install 3D printing equipment, provide technical assistance, develop a curriculum for workforce training with those who participate in AM Forward and help participants set new standards.

During his trip, Biden will also again urge Congress to act expeditiously on passing the Bipartisan Innovation Act, which includes investments for developing the use of 3D printing as well as further critical investments in US domestic manufacturing, according to one official.

The House and the Senate have both passed different versions of the bill and the conference process, during which both chambers negotiate on a final bill, is about to get underway. The White House will continue to engage with Congress and emphasize the importance of a "quick" conference process, according to one official.

Additive manufacturing, more commonly referred to as 3D Printing, is a way to manufacture parts from digital design files, which can be cheaper, nimbler and more efficient than more traditional manufacturing methods, according to the Congressional Research Service.

The US manufacturers taking part in the AM Forward initiative include GE Aviation, Honeywell, Lockheed Martin, Raytheon and Siemens Energy, according to the fact sheet.

These companies will make public promises to buy 3D printed parts from US-based suppliers, help train their suppliers' workers on this new technology, provide technical assistance and take part in the development of industry standards, according to the officials and fact sheet.

AM Forward, according to the fact sheet, will be supported by the Applied Science & Technology Research Organization (ASTRO), a nonprofit organization.