Biden poised to nominate Caroline Kennedy as US ambassador to Australia 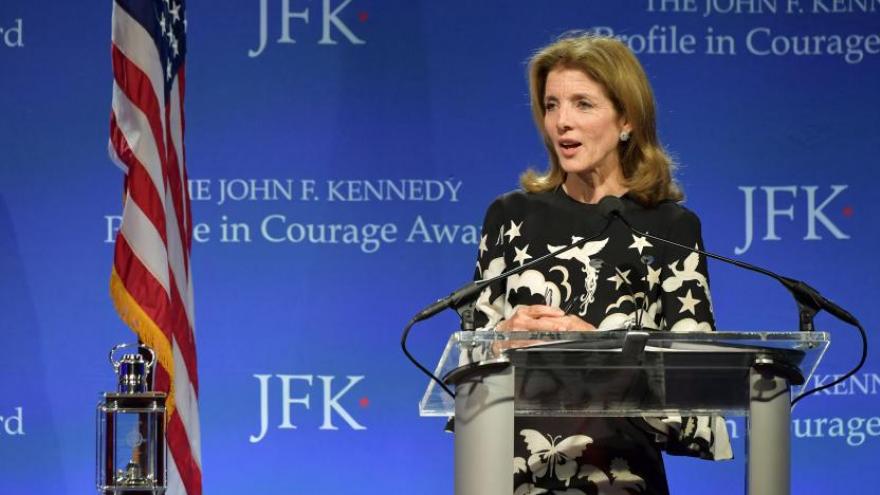 Caroline Kennedy served as ambassador to Japan during the Obama administration.

(CNN) -- President Joe Biden is poised to nominate Caroline Kennedy to serve as ambassador to Australia, three people familiar with the search process told CNN, in one of the highest-profile envoy selections yet by the White House.

Kennedy, the daughter of former President John F. Kennedy, served as ambassador to Japan during the Obama administration. She is a longtime friend, ally and donor to Biden who endorsed the President's candidacy early in the campaign and spoke last summer at the Democratic convention.

A White House spokesperson declined to comment, saying more ambassadors would be announced when the vetting process and the notification to host countries have been completed.

In a reflection of Biden's close relationship to the Kennedy political dynasty, Caroline Kennedy is the second family member he has nominated to fill a diplomatic post. The President has tapped the late Sen. Ted Kennedy's widow, Victoria, to be his envoy in Austria.

Biden has spoken of the pivotal role the family has played in his own political career, touching on the inspiration he felt as a young man watching a fellow Irish Catholic American, John F. Kennedy, win the White House. And in 2009, eulogizing Ted Kennedy, Biden spoke about the debt he owed the late senator -- both in helping him get elected and in helping him make it to the Senate.

Shortly after his election to the Senate in 1972, a car accident claimed the lives of Biden's wife and daughter and severely injured his two young sons. At a memorial for Ted Kennedy in 2015, Biden told the family that without Ted Kennedy's support, he would have abandoned his political career.

"It's close to certain I would have never been sworn in as a United States senator if not for your father, your father's encouragement," Biden said, recalling that he had not shown up for his swearing in and hadn't wanted to.

"I didn't show up the day I was to be sworn in. It was your father, your father, who along with Mike Mansfield, sent the secretary of the Senate to a hospital in Wilmington, Delaware, to swear me in with my boys," Biden recalled, adding that once he arrived in Congress, Kennedy "treated me like a little brother."