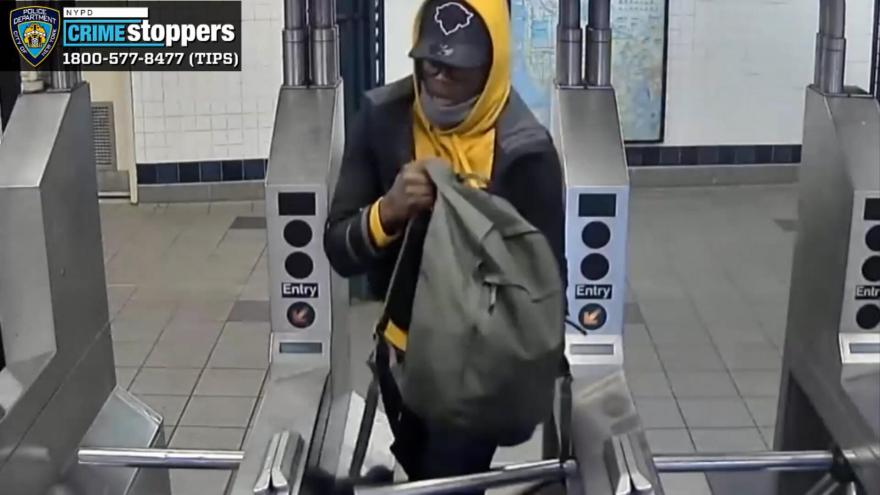 The incidents happened Friday and Sunday and are the latest high-profile violent events of the past few months -- including some in its subway system -- that have prompted city officials to enhance crime fighting strategies.

A Brooklyn man was arraigned late Monday night on assault and reckless endangerment charges for allegedly punching a 62-year-old man Sunday in the back of the head, causing him to fall onto the tracks and sustain injuries in a Bronx Subway Station, Denisse Moreno, a Bronx District Attorney spokesperson, said.

Smith allegedly struck the 62-year-old man on the right side of his face Sunday at about 9:45 p.m., the complaint states. The victim told police he then felt two hands on his back pushing him forward to fall onto the train tracks.

Smith allegedly told officers that he was only defending himself after the 62-year-old man allegedly said something inappropriate to him first, the complaint states.

It's unclear if Smith has entered a plea. CNN did not immediately receive a comment from Smith's attorney, Porsha Shaf'on Venable.

Responding officers helped the victim back up to the platform, police said, and then arrested Smith without incident. The victim suffered substantial pain and soreness to the right side of his face and lower back, bruising to both wrists, and bleeding from cuts and pain to both of his knees, according to the complaint.

In Queens County, a man who allegedly shoved a victim onto subway tracks Friday afternoon has been charged with attempted murder and other charges, the district attorney's office announced.

It's unclear if McRae entered a plea at the hearing. CNN has reached out to an attorney representing him for comment.

"As alleged, this defendant suddenly tackled a subway rider onto the train tracks and pushed aside a young boy as he fled," District Attorney Melinda Katz said in a news release. "This defendant is now charged with attempted murder and other charges for this shocking incident.

"Every New Yorker deserves to know they can safely travel to work, to school and around this City with safety. We will not give up this sense of security in Queens. We will not surrender our streets to fear."

The victim was not hit by a train but suffered a broken collar bone, sprained shoulder, multiple cuts and abrasions, according to the DA's office.

Police have released security footage of the incident.

McRae is expected to be back in court of November 14, according to court records.

As of October 17, crime in the city's subway system is up more than 41% with 1,813 incidents happening so far this year, up from 1,282 during the same period last year, according to New York Police Department statistics. Nine homicides took place in the city's subway system so far this year, officials said, and 40% of those responsible for the homicides had a history of mental health issues.

The latest incident comes as New York state and city officials are bolstering their efforts to combat crime and mental illness in New York City's subway system with an increased police presence and new training for officers on engaging with homeless individuals.

The new initiatives will include a significant investment from the state's public emergency fund to support a surge of roughly 1,200 additional overtime officer shifts on subway platforms and trains each day. However, officials did not say how much money the city will receive as part of the investment.

"We are going to start to deal with the problem that New Yorkers understand which is we have too many folks who are struggling with serious mental illness in the public space in the subways. New Yorkers are compassionate. They feel for these people, but they also can be scary," Lieber said.

Transit police officers will be deployed at four major commuter railroad hubs, including Penn Station, Grand Central Station, Atlantic Terminal and Sutphin-Archer (Jamaica) Station, which will free up roughly 100 NYPD officers for deployments at other transit locations, according to a joint news release.

In September, Hochul announced an initiative to install two cameras in every subway car by 2024 to strengthen security coverage. The city has already installed more than 200 cameras across the system and is set to install an additional 100 cameras in the coming days, the governor said.