Police looking for suspect after 3 shot in Washington, DC 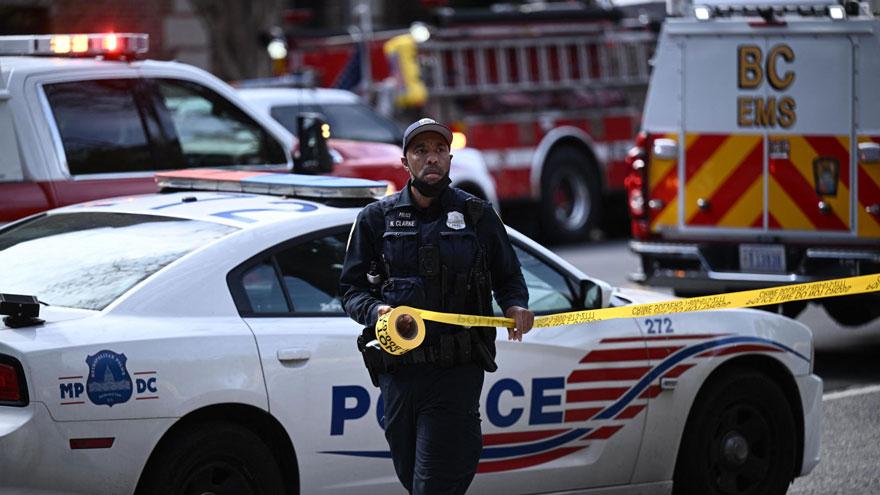 (CNN) -- Police were searching for suspects late Friday afternoon in a shooting that wounded three people in northwest Washington.

Stuart Emerman, the assistant chief of the Washington Metropolitan Police Department, told reporters that there is no description of any suspect at this point.

"All three individuals have been taken to area hospitals where they are being treated," Emerman said.

A man and a woman are in stable but critical condition, Emerman said, updating an earlier report from a police source who said two men had been shot. A girl is also being treated for a minor gunshot wound.

The shooting happened on the 2900 block of Van Ness Street Northwest, MPD said.

Emerman said a school in the vicinity of the shooting is still locked down and students are inside. Police are with them and will get the students to a relocation center to be reunited with their parents when they are able to.

There is a large law enforcement presence at the scene, including MPD, the city's Fire and EMS Department, the US Secret Service's uniformed division and the Bureau of Alcohol, Tobacco, Firearms and Explosives.

Anthony Guglielmi, a spokesman for the Secret Service, said there is "no impact" to a protectee.

The situation was being characterized earlier Friday as an "active threat" and residents were told to shelter in place or avoid the area.