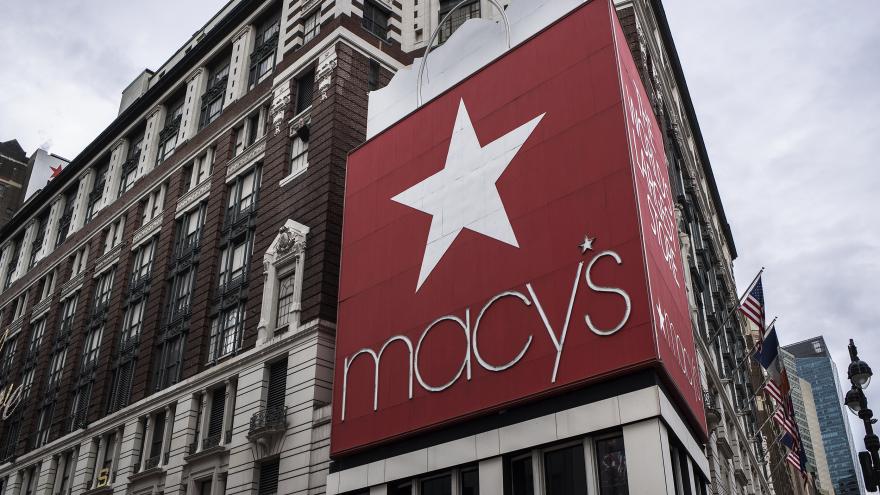 (CNN) -- Retailers forced to close down stores to customers early in the pandemic are now pushing officials to allow them to stay open on Black Friday and into the holiday shopping season, even as coronavirus cases surge across the country.

It has been up to city and state officials in the pandemic to define which businesses are "essential" and can remain open during Covid-related shutdowns. Businesses critical to maintaining citizens' basic needs — health care services, grocery stores, home improvement stores and gas stations, for example — were declared essential early on. But in an effort to slow the spread of the virus, malls, gyms, movie theaters and a host of other noncritical businesses were considered "non-essential" and forced to close.

Macy's, for example, was deemed a "non-essential" business at the onset of the pandemic and closed its stores. The retailer lost sales to businesses that sold groceries and other everyday items like Amazon, Walmart, Target, Costco, which were allowed to remain open.

Macy's still has not fully recovered: Sales at stores open for at least one year dropped 21% during the 13 weeks ending October 30 compared with the same stretch last year, Macy's said Thursday. The retailer's big-box rivals and Amazon have grown in recent months.

The holidays are the most important stretch of the year for retailers, and stores want to maximize sales in what has been a challenging year for the industry, So industry lobbyists and retailers are preemptively pushing to eliminate the "essential" "non-essential" nomenclature in advance of any future pandemic-related shutdowns.

On a call with analysts Thursday, Macy's CEO Jeffrey Gennette said the retailer was working with local and state leaders to ensure coronavirus safety measures were in place and urged officials to remove the distinction between essential and non-essential retailers.

"We don't believe the designation of essential and non-essential should play in retail. We believe you either have a safe environment or not," he said. "You should be held accountable to health and safety standards."

Gennette's message echoed the strategy retail industry leaders have taken with elected officials in recent weeks. Retail groups say it is unfair to require some stores to close while allowing others remain open based on what they sell. And it is a reflection of how forced closures have negatively impacted parts of the industry, like clothing stores and malls, while lifting others such as grocery and home improvement.

Some public health experts are mixed about whether clothing stores and others should close as the pandemic worsens in the United States. The seven-day average of new cases nationwide is at its highest ever: 161,165 cases a day, up 27% compared to last week.

Tara Smith, an epidemiologist at the Kent State University College of Public Health, said in an email that it would make sense to close stores previously labeled as non-essential to stop the spread of the virus "in an ideal world." But she said closures would be too damaging to the economy and workers at this point, unless there was more federal funding to compensate laid-off workers.

The federal government had been providing an additional $600 in weekly unemployment benefits to people who lost their jobs in the pandemic, but those benefits expired over the summer. Congress has not renewed them.

Wael Al-Delaimy, an epidemiologist at the University of California San Diego, said that non-essential retailers should shut down because the pandemic is worse than it was in the spring.

David French, senior vice president of government relations at the National Retail Federation, said in an interview Thursday that retailers that establish safety protocols such as requiring masks, social distancing and other measures should be allowed to remain open.

He added that it's "important for health of communities for governors not to shut down the economy again."

A spokesperson for Gap said in an email that the chain has implemented coronavirus safety measures for workers and customers and supports "any government actions to focus on science and safe retailing protocols, rather than arbitrary and outdated designations of 'essential' and 'non-essential' based upon what a retailer sells.'"

For now, most local and state leaders have not required retailers they once designated as non-essential to close, say retail leaders. New restrictions have instead focused on capacity limits in stores.

New Mexico, however, has become a flash point in new rules around which businesses can stay open.

Gov. Michelle Lujan Grisham and state health officials on Wednesday announced that the state was requiring essential retailers to limit capacity to no more than 75 customers inside or 25% of maximum occupancy until Nov. 30.

These essential retailers include grocery stores, supermarkets, farmers' markets, convenience stores, and other businesses that generate more than one-third of their revenue from food, auto and bike repair shops, hardware stores, laundromats and others. Retailers that do not meet these requirements are not allowed to have customers inside.