Arizona passed a law barring video recording within 8 feet of law enforcement. The ACLU and news organizations are now suing 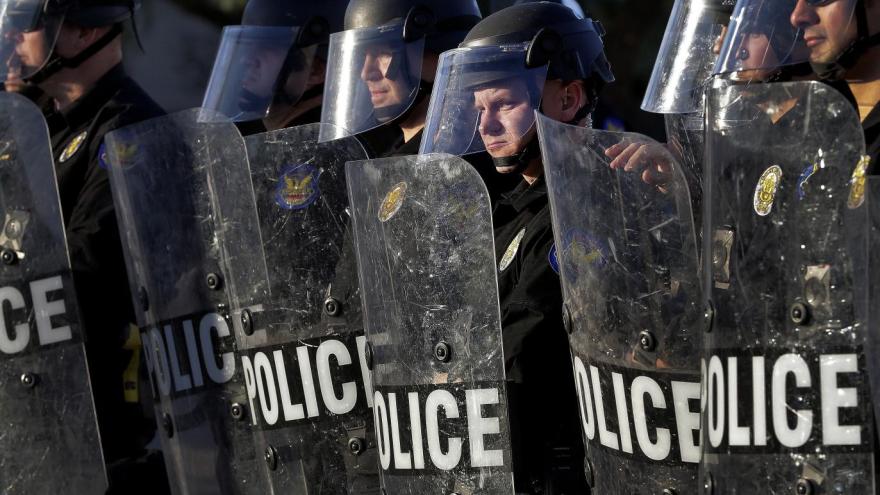 The ACLU and multiple news organizations filed a lawsuit over an Arizona law that made it a crime to video record within eight feet of law enforcement activity after a warning is given from an officer.

(CNN) -- The ACLU and multiple news organizations filed a lawsuit over an Arizona law that made it a crime to video record within eight feet of law enforcement activity after a warning is given from an officer.

The law, which was signed by Republican Arizona Gov. Doug Ducey in July, includes some exceptions that allow for passengers to video record during traffic stops, and for the subject of police contact to record, as long as it doesn't interfere with police actions.

From the start, the law sparked concerns over transparency and accountability. In recent years, cell phone footage of interactions with law enforcement has been viewed as a tool to document instances of police brutality and hold officers accountable. Bystander footage played a notable role in the case of George Floyd, whose death ignited nationwide protests after he was filmed pleading that he couldn't breathe while being held down by a Minneapolis police officer.

The newly filed suit alleges that the new Arizona law is vague and has "blatant constitutional issues."

The plaintiffs -- who include news outlets in Arizona -- filed the lawsuit in the U.S. District Court of Arizona, arguing that the law infringes on First Amendment rights of journalists and everyone in Arizona to record the public activities of law enforcement officers.

"By allowing police officers to arrest and punish people for simply recording video of their actions, the law creates an unprecedented and facially unconstitutional content-based restriction on speech about an important governmental function," the lawsuit said.

The plaintiffs said they brought the lawsuit "to prevent Arizona from trampling on their rights to report news, document the activities of public servants, and hold police accountable for their actions toward the people they are sworn to protect and serve."

The sheriff said naming him in the lawsuit was "disingenuous and irresponsible."

"To include me in a lawsuit for which I had no involvement in crafting, vetting or passing is an example of targeting a law enforcement leader for the sake of sensationalization," Penzone said in a statement to CNN. "There are 15 Sheriff's and 50-100 police chiefs in Arizona. The ACLU listed my name only as a tactic to harass and target me."

CNN also reached out to Brnovich and Mitchell's offices for comments.

The law, which was sponsored by Republican state Rep. John Kavanagh, states violators may be charged with a misdemeanor. The ACLU said it could be punishable by up to a month in jail.

In an opinion piece published by Arizona Republic in March, Kavanagh said the bill gives police a "buffer."

"I agreed to run this bill because there are groups hostile to the police that follow them around to videotape police incidents, and they get dangerously close to potentially violent encounters," Kavanagh wrote, also adding that today's cell phone cameras would still pick up details from eight feet away.

In February, multiple news organizations signed a letter from the National Press Photographers Association voicing opposition to the bill.

Among other concerns, plaintiffs argue that complying with the law will be difficult in fluid and crowded situations, like protests. They also say that the law is vague, "'law enforcement activity' is defined very broadly," and it's unclear what constitutes a "verbal warning."

The plaintiffs are requesting an injunction to stop enforcement of the law and that the court declare it violates the First and Fourteenth Amendments.