An alligator killed a person near Myrtle Beach in South Carolina 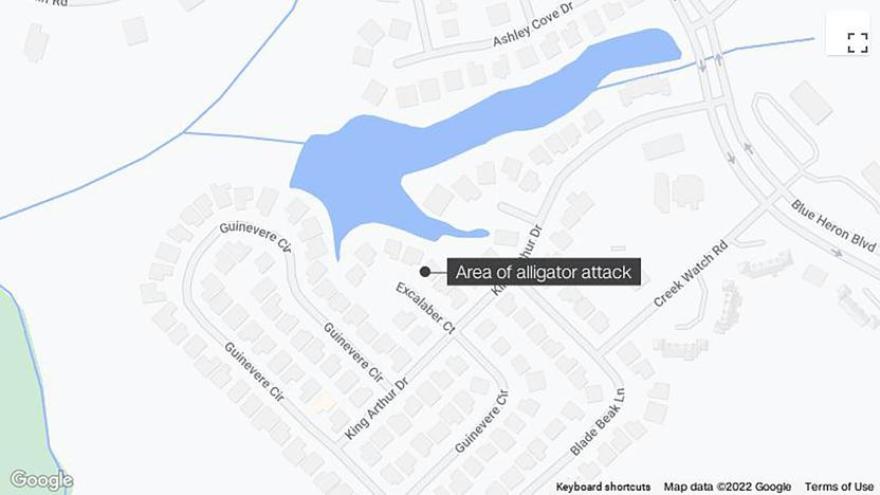 A person was killed by an alligator in South Carolina after it dragged them into a retention pond.

(CNN) -- A person was killed by an alligator near Myrtle Beach in South Carolina, according to police.

The alligator took hold of a person near the edge of a retention pond on Friday, according to a Facebook post from the Horry County Police Department, which responded to the scene.

Following the attack in the Myrtle Beach Golf and Yacht Club, the alligator returned to the retention pond, the Sun News reported.

The victim's body was recovered from the pond and the alligator was removed and euthanized, police say. The police department's investigation is still underway, authorities said, and the victim's identity and a cause of death have not yet been released.

The police department did not immediately respond to a request for comment from CNN.

"Our hearts go out to the family and community members impacted by this tragic incident," wrote the department.

South Carolina is home to alligators that live across the state's coastal marshlands, according to the South Carolina Department of Natural Resources.