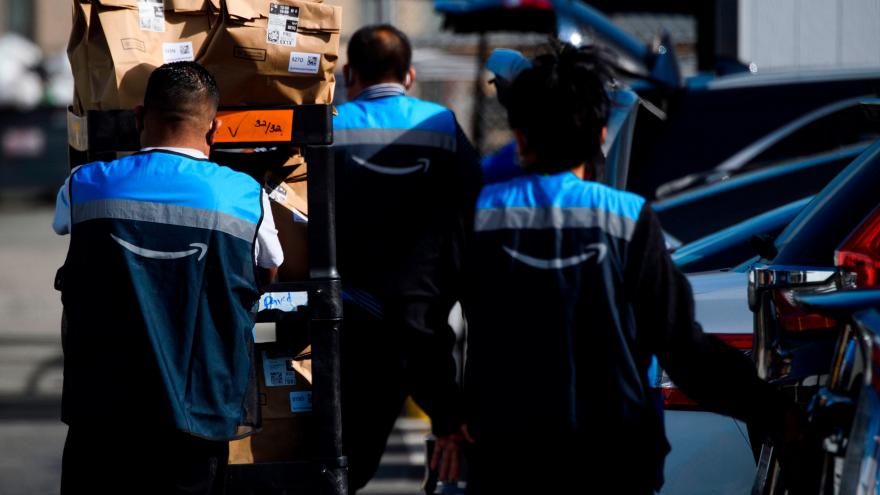 (CNN) -- Amazon has announced that it will raise wages for more than 500,000 workers — but it's not planning to increase its $15 per hour minimum wage.

In light of a current effort to hire for tens of thousands of jobs across its customer, fulfillment, delivery, package sortation and fulfillment, Amazon moved up its annual fall pay review for those teams and plans to roll out pay increases starting in mid-May, Amazon executive Darcie Henry said in a blog post Wednesday. It will increase hourly pay by between $0.50 and $3, a total investment of more than $1 billion.

"This is on top of our already industry-leading starting wage of at least $15 an hour and the more than $2.5 billion that we invested last year in additional bonuses and incentives for front-line teams," Henry, Amazon's vice president of people experience and technology, worldwide consumer, said.

The move follows several weeks of scrutiny of Amazon's labor practices amid a landmark union drive at a Bessemer, Alabama, warehouse. Union organizers lost the election by a large margin; while they are challenging some 500 ballots, the vote lead held by Amazon is greater than the total number of challenged ballots.

Although it won this time, "there are many reasons for Amazon to be concerned about future unionization efforts—especially in areas of the country where an Amazon job doesn't pay relatively as well as it might in Alabama," Arindrajit Dube, an economics professor at the University of Massachusetts Amherst, told CNN Business in an email.

Amazon already expanded its workforce to more than 1.3 million people globally last year after hiring 500,000 new workers as it scrambled to manage an increase in demand from the pandemic. Pay hikes could help the company attract additional employees in the midst of a tight labor market that has left other businesses, like restaurants, struggling to find workers.

"An increasing tightness in the labor market means its $15 minimum wage is decreasingly effective at recruitment and retention of qualified workers, and a substantial raise can help with that," Dube said.

Although the company plans to raise pay for nearly half a million workers, it did not say it will officially raise its $15 minimum wage. Doing so would put it in step with rival Costco, which increased its starting rate for hourly store workers to $16 per hour in February.

The wage increases for some workers are likely needed for hiring, but the "bottom line is they can afford a wage hike more than just about any big retail [or] e-commerce company," Molly Kinder, a fellow at the Brookings Institute, said. Amazon earned $21 billion in profit in 2020, and its market capitalization was $1.74 trillion as of Wednesday's close.

"As I have written about Amazon, $15 is a floor, not a ceiling," Kinder said.