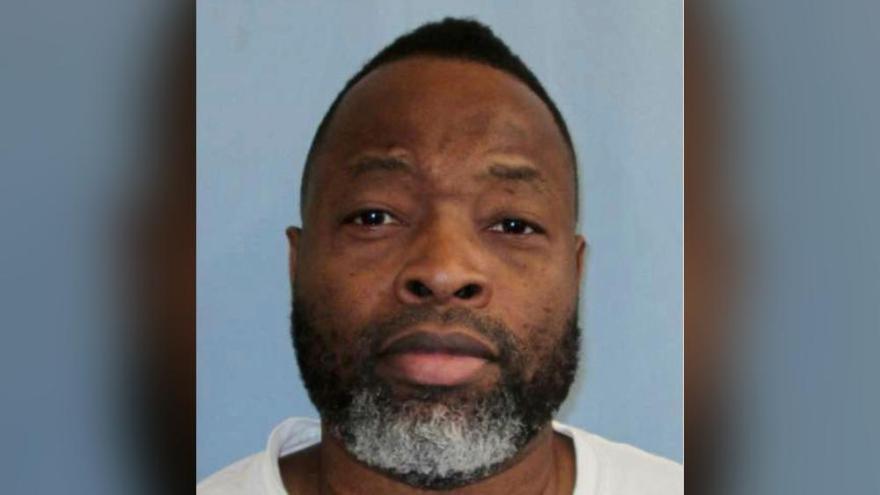 Joe Nathan James Jr. was sentenced to death for the 1994 murder of Faith Hall Smith.

(CNN) -- Alabama is set to execute a man who was convicted of the 1994 murder of Faith Hall Smith despite pleas from the victim's family not to do so.

Joe Nathan James Jr. was convicted and sentenced to death for fatally shooting Smith, 26, who he had dated in the early 1990s. The state of Alabama has set his execution by lethal injection for 6 p.m. Thursday -- but Smith's daughter, Terrlyn Hall, told CNN affiliate WBMA this week that the family hoped James would be sentenced to life in prison without parole instead.

"She was a loving, forgiving person," Hall said of her mother. "I'm quite sure if she was here today, or if she were in this situation, she would want to forgive."

"We don't think (execution) is called for because it won't bring her back," she added.

Helvetius Hall, Smith's brother, also pushed for a prison sentence instead of death.

"He did a horrible thing," he told the affiliate. "He has suffered enough and I don't think that taking his life is gonna make our life any better."

The execution is set to come after more than 25 years of legal appeals in James' case. Alabama Gov. Kay Ivey did not respond to a request for comment from CNN on the execution.

James and Smith had a "volatile" relationship and, after they broke up, he stalked and harassed her, went to her home uninvited and threatened to kill her and her ex-husband, according to a US Court of Appeals filing summarizing the case. In 1994, he followed her to a friend's home and then shot her three times, killing her, the filing states.

A jury in Jefferson County found him guilty of Smith's murder and recommended the death penalty in 1996, but the Alabama Court of Criminal Appeals overturned the conviction based on erroneous admission of hearsay evidence, the appeals court states.

Before the retrial, James' legal team arranged a plea deal with prosecutors in which he'd receive life in prison in exchange for a guilty plea, but James rejected that plan, the filing states.

"James explained that he had it pretty good on death row — he had his own room, his own television that he could control to watch what he wanted, and plenty of reading material," the filing says. "He did not have to worry about being attacked by other prisoners, because he was always one-on-one with the guards."

At the retrial, a jury again convicted James of capital murder and sentenced him to death in 1999, and appeals courts have affirmed the decision. In 2020, the US Court of Appeals upheld the conviction and rejected James' claim of ineffective counsel.

A motion to stay his execution was denied by the US Court of Appeals for the 11th Circuit on Tuesday.

The state of Alabama last executed a man in January after the Supreme Court voted 5-4 to overturn a lower-court ruling to block the execution. Matthew Reeves, who had been convicted of the robbery and killing of Willie Johnson in 1996, was executed less than two hours later.

Alabama currently has 166 people on death row. The state's next planned execution is for Alan Eugene Miller on September 22, according to the Death Penalty Information Center.