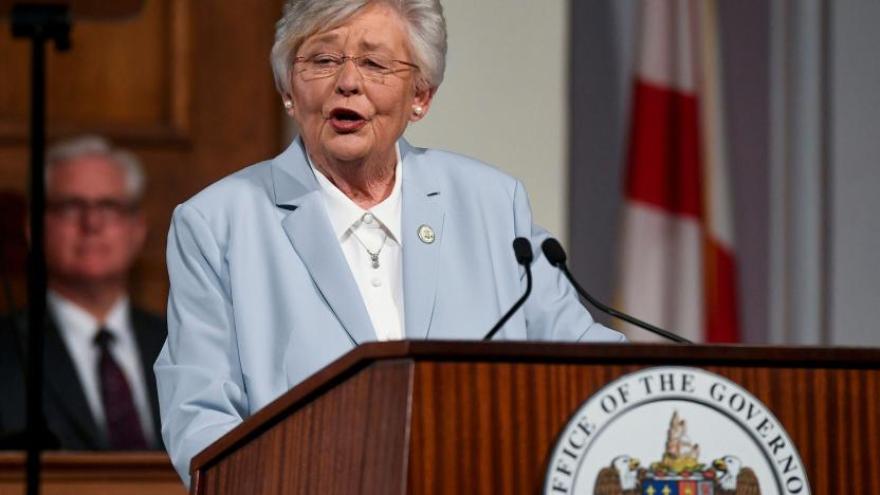 "Ivey on Monday asked Attorney General Steve Marshall to withdraw the state's two pending motions to set execution dates in the cases of Alan Eugene Miller and James Edward Barber, the only two death row inmates with such motions currently pending before the Alabama Supreme Court," the Republican governor's office said in a statement.

Ivey is asking "that the (Alabama) Department of Corrections undertake a top-to-bottom review of the state's execution process, and how to ensure the state can successfully deliver justice going forward," the release said.

The request comes as executions in Alabama have repeatedly been in the national spotlight in recent months, including last week, when corrections officials in the state halted the scheduled execution of death row prisoner Kenneth Smith, citing time constraints caused by a late-night court battle. The state was already facing intense scrutiny following the execution of Joe Nathan James, which the Death Penalty Information Center now considers a 'botched' execution.

Meanwhile, Miller's scheduled execution was halted in September due to an inability to meet protocols before a midnight deadline, officials said. His execution was tied up in a lengthy court battle that eventually made its way to the US Supreme Court.

Ivey said in the statement she will fully support the Department of Corrections' review, adding: "I simply cannot, in good conscience, bring another victim's family to (the William C. Holman Correctional Facility) looking for justice and closure, until I am confident that we can carry out the legal sentence."

The governor said that she does not believe Department of Corrections officials or law enforcement are at fault for recent problems, but that "legal tactics and criminals hijacking the system are at play here."

Department of Corrections Commissioner John Hamm said in the statement that his agency "is fully committed to this effort and confident that we can get this done right."

The Death Penalty Information Center praised Ivey for her action on the issue but stressed that the review is not independent.

"The Alabama Department of Corrections has a history of denying and bending the truth about its execution failures, and it cannot be trusted to meaningfully investigate its own incompetence and wrongdoing," said Robert Dunham, the center's executive director, in a statement.