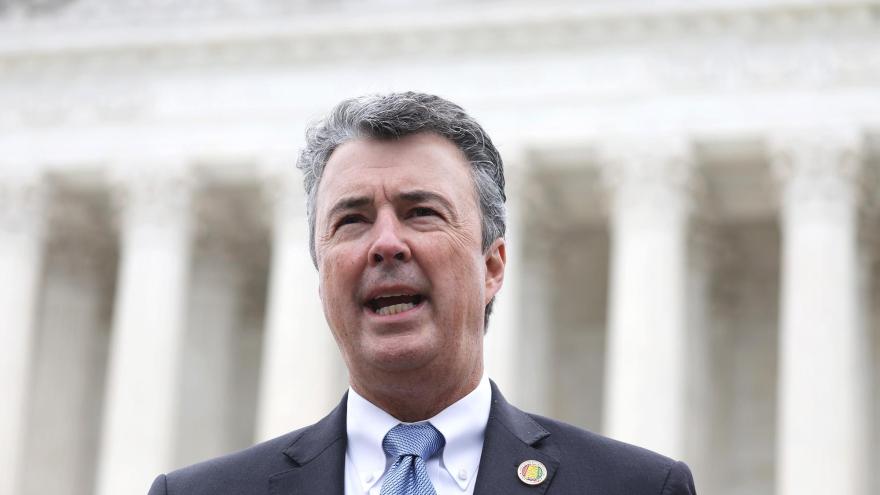 (CNN) -- Alabama's Republican attorney general said this week that women in the state who use prescription medication to terminate their pregnancies could be prosecuted under a chemical-endangerment law, even though Alabama's anti-abortion law does not intend to punish women who receive abortions.

Steve Marshall made the comments in the wake of a decision earlier this month by the US Food and Drug Administration to allow certified pharmacies to dispense the abortion medication mifepristone to people who have a prescription.

"The Human Life Protection Act targets abortion providers, exempting women 'upon whom an abortion is performed or attempted to be performed' from liability under the law," Marshall said in a statement to AL.com on Tuesday. "It does not provide an across-the-board exemption from all criminal laws, including the chemical-endangerment law—which the Alabama Supreme Court has affirmed and reaffirmed protects unborn children."

The chemical endangerment law was passed in 2006 amid high drug usage in Alabama with aims of protecting children from chemicals in the home, but district attorneys have successfully applied the law to protect fetuses of women who used drugs during pregnancy.

It's unclear if there are any pending cases against women in Alabama in the wake of the FDA's announcement. CNN has reached out to Marshall's office for comment.

At least one Democrat, Alabama state Rep. Chris England, argued on Twitter that the chemical endangerment law is "extremely clear" and under it, a woman could not be prosecuted for taking a lawfully prescribed medication.

"Any prosecutor that tries this, or threatens it, is intentionally ignoring the law," England wrote on Thursday morning.

Emma Roth, an attorney with Pregnancy Justice, a nonprofit that provides legal representation for women charged with crimes related to pregnancy, said on Twitter that the effect of Marshall's comments will be to create "a culture of fear among pregnant women."

The comments are "extremely concerning and clearly unlawful," Roth elaborated in a statement to CNN. "The Alabama legislature made clear its opposition to any such prosecution when it explicitly exempted patients from criminal liability under its abortion ban."

The chemical endangerment law says it does not require reporting controlled substances that are prescription medications "if the responsible person was the mother of the unborn child, and she was, or there is a good faith belief that she was, taking that medication pursuant to a lawful prescription."

Mifepristone can be used along with another medication, misoprostol, to end a pregnancy. Previously, these pills could be ordered, prescribed and dispensed only by a certified health care provider. During the Covid-19 pandemic, the FDA allowed the pills to be sent through the mail and said it would no longer enforce a rule requiring people to get the first of the two drugs in person at a clinic or hospital.

Marshall's comments underscore the legal uncertainty wrought by the Supreme Court's decision last year to end the federal right to an abortion. In the wake of the Dobbs decision, several Republican-led states passed strict anti-abortion laws, while several others, including Alabama, that had passed so-called trigger laws anticipating an eventual overturn of Roe v. Wade, saw their new restrictions go into effect.

While the anti-abortion movement seeks to prevent abortions from taking place, it has often opposed criminalizing the women who undergo the procedure.