A suspect has been charged in the abduction of Eliza Fletcher, but the Memphis teacher remains missing, police say 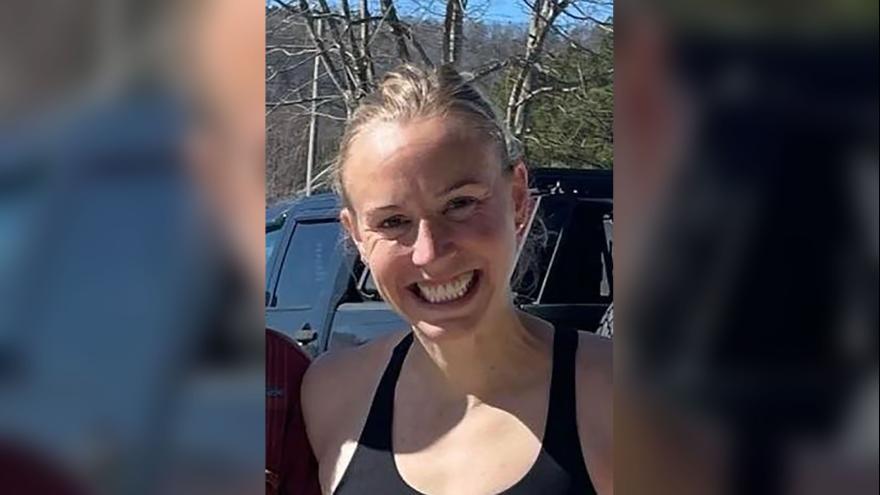 A man has been charged in connection with the disappearance of Eliza "Liza" Fletcher, a Memphis teacher investigators believe was abducted while she was out for a jog on September 1, police said.

(CNN) -- A man has been charged in connection with the disappearance of a Memphis teacher investigators believe was abducted while she was out for a jog Friday morning, police said.

Cleotha Abston, 38, was charged with especially aggravated kidnapping and tampering with evidence, according to a tweet from the Memphis Police Department posted early Sunday.

"Eliza Fletcher has not been located at this time. MPD Investigators and officers, along with our local and federal partners, continue searching for Mrs. Fletcher," the post said.

Fletcher, 34, was jogging around 4 a.m. Friday when a black GMC Terrain SUV passed by her, according to surveillance footage obtained of the incident. A man was then seen getting out of the vehicle and "ran aggressively" toward Fletcher and forced her into the passenger side of the SUV. Once both individuals were inside the SUV, the vehicle remained in a parking lot for approximately four minutes before driving away, according to the footage cited in an affidavit obtained by CNN.

Abston was arrested Saturday after police found a vehicle they had been looking for in the case.

US Marshals located the GMC Terrain in a parking lot near Abston's residence, according to the affidavit. The vehicle had the same distinguishable vehicle damage and partial license plate identification seen in the surveillance footage from Fletcher's abduction.

Abston was located nearby by U.S. Marshals and attempted to flee but was taken into custody, the affidavit said.

It is unclear whether Abston has an attorney. His next court appearance is scheduled for Tuesday.

DNA recovered from a pair of sandals found near where authorities believe Fletcher was abducted helped investigators in Memphis identify and arrest Abston in connection with Fletcher's disappearance, according to the affidavit.

Investigators discovered surveillance footage captured from a local theater the day before Fletcher's disappearance, which showed Abston wearing what authorities believe are the same pair of Champion slide sandals found at the crime scene, according to the affidavit.

Additional surveillance footage matched with statements from Abston's employer confirmed the vehicle believed to be involved in Fletcher's kidnapping belongs to a woman associated with Abston's home address.

Cell phone records also place Abston at the site during the time of Fletcher's abduction on Friday morning, the affidavit said.

Fletcher's damaged phone was found near the scene where she is believed to have been abducted, CrimeStoppers Executive Director Buddy Chapman said, according to a news release obtained by CNN affiliate WHBQ.

According to the affidavit, a witness said she saw Abston at his brother's house after the abduction. Both the witness and his brother said Abston was behaving oddly as he cleaned the interior of his SUV and washed his clothes in the sink.

According to the affidavit, Abston declined to share Fletcher's location.

Photos released by police show Fletcher running in the neighborhood near the University of Memphis. She was last seen wearing a pink jogging top and purple running shorts, police said in an alert.

The family of the mother of two is offering a $50,000 reward through CrimeStoppers for information leading to an arrest in the case, WHBQ reported.

"We look forward to Eliza's safe return and hope that this award will help police capture those who committed this crime," her family said in a statement shared by Chapman.

The Tennessee Bureau of Investigation said in a tweet it is assisting Memphis police in the investigation.