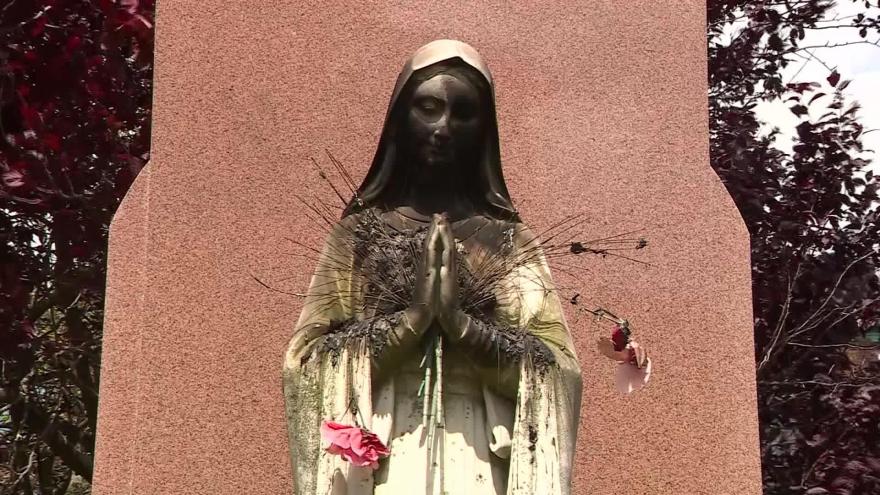 A Virgin Mary statue was burned outside the Saint Peter Parish Church in Boston, MA.

(CNN) -- The Boston Police Department is conducting an arson investigation after a statue of the Virgin Mary was set on fire at a church in the city's Dorchester neighborhood.

Saturday night, the Boston Fire Department arrived at Saint Peter Parish Church to see that someone had set fire to the plastic flowers that were in the hands of the Virgin Mary statue, causing the face and upper body of the statue to be burned, according to a news release from the police department.

"I was shocked. (There's) disappointment, sadness," Father John Curran, the church's pastor, told CNN affiliate WCVB. "The image of Our Lady is so important for us and our faith. It's such a contradiction to her love. Mary would never desecrate anyone, never hurt anyone, only offer them the peace and love of Jesus. I think that's where it really hits us in our hearts."

The statue has stood outside the church since just after the end of World War II, when it was placed there to welcome back soldiers who were returning to Dorchester, according to WCVB.

Sunday, community members replaced the scorched flowers with new ones.

The Boston Police Department is asking anyone with information to call detectives or submit an anonymous tip with the CrimeStoppers Tip Line.