A spill leaves crushed tomatoes on a California highway 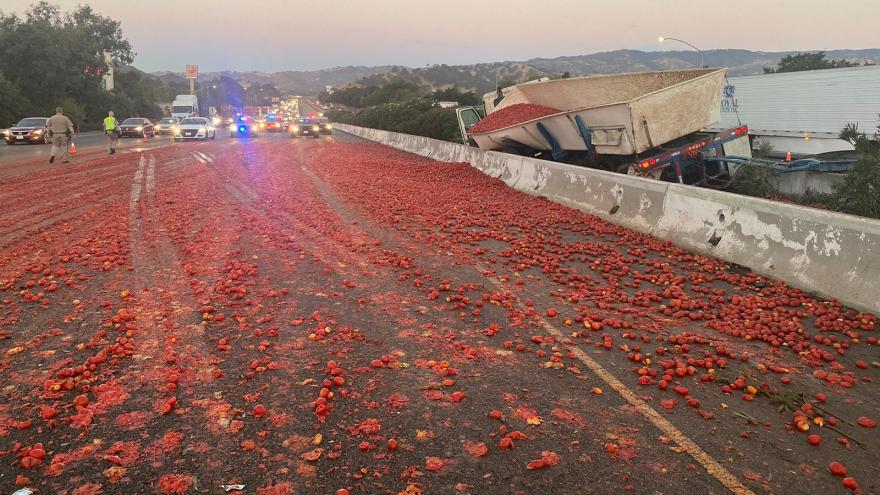 (CNN) -- Thousands of tomatoes were left covering the highway after a tomato truck crashed on California's Interstate 80 on Monday, leaving three people injured, according to officials.

The crash occurred in Vacaville, California, according to a tweet from the California Highway Patrol.

The tomato truck driver lost control and hit another car before crashing into the center median, according to CNN affiliate KOVR. A chain reaction of crashes occurred after another car became stuck in the spill. A total of four cars were involved, with one major injury and two minor injuries, says KOVR.

The California Department of Transportation, also known as Caltrans, responded to the crash to clean up the area, said California Highway Patrol. Several lanes were closed for hours as they worked to clear the tomatoes.