Northeastern University reopens after an employee says a package exploded. Officials are investigating the incident as a possible hoax, sources say 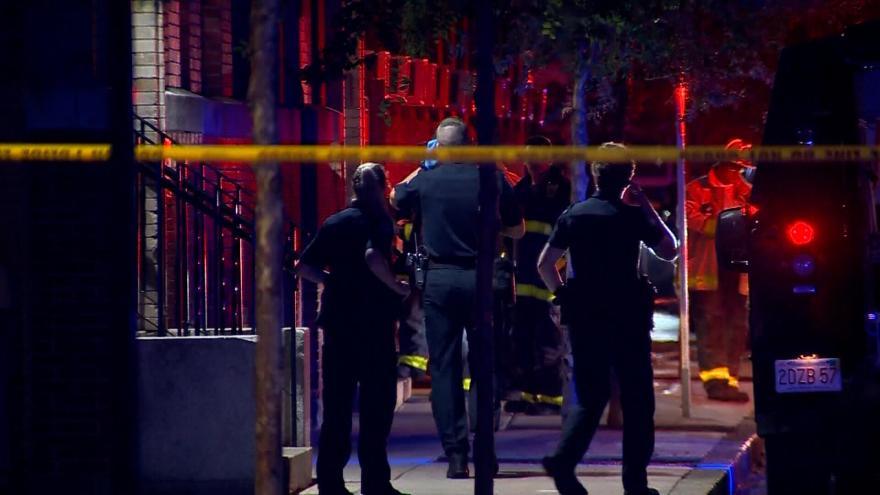 Police are seen during their investigation at Northeastern University.

(CNN) -- Northeastern University in Boston reopened Wednesday after an employee reported being injured by an exploding package. Boston police and the FBI are now investigating the incident as a likely "hoax," multiple law enforcement sources tell CNN.

On Tuesday evening, an employee said a hard plastic case exploded in Northeastern's virtual reality lab. The employee told investigators that when he opened the package, it depressurized with the force of an explosion, law enforcement sources said.

But Boston Police and FBI bomb technicians didn't find any evidence of explosives nor an initiation system capable of causing an explosion, a source briefed on the investigation told CNN.

And the package wasn't sent to the lab through the postal service, according to multiple sources.

Detectives and law enforcement agents were reviewing surveillance video Wednesday to try and isolate images of how the plastic case got into the building and determine whom it was carried by, according to multiple law enforcement sources.

The lab manager, who has worked in Northeastern's virtual reality lab since at least 2020, told investigators that he found a note with the plastic case addressed to "the lab manager," sources familiar with the investigation told CNN.

The one-page note accused the lab of secretly working for Facebook and Meta founder Mark Zuckerberg in a US government plot to take over society through virtual reality, the sources said. CNN has reached out to Facebook for comment.

The manager stated to investigators that he saw two similar cases in the lab that he did not recognize, so he opened one of them, according to a law enforcement source.

A Boston Police spokesperson said Wednesday evening that their investigation is ongoing. The Boston Field Office of the FBI declined to comment.

Northeastern's campus is now "secure and open" with beefed up security, the university said Wednesday afternoon.

"We would like to underscore what was communicated to our community last night: Multiple law enforcement agencies have determined that the campus is safe and secure."

The university serves more than 16,000 undergraduate students, according to last year's enrollment report.

Northeastern is offering support services such as confidential counseling for students and staff, the university said.