A Maryland sheriff's deputy was fatally shot while chasing a fugitive, authorities say 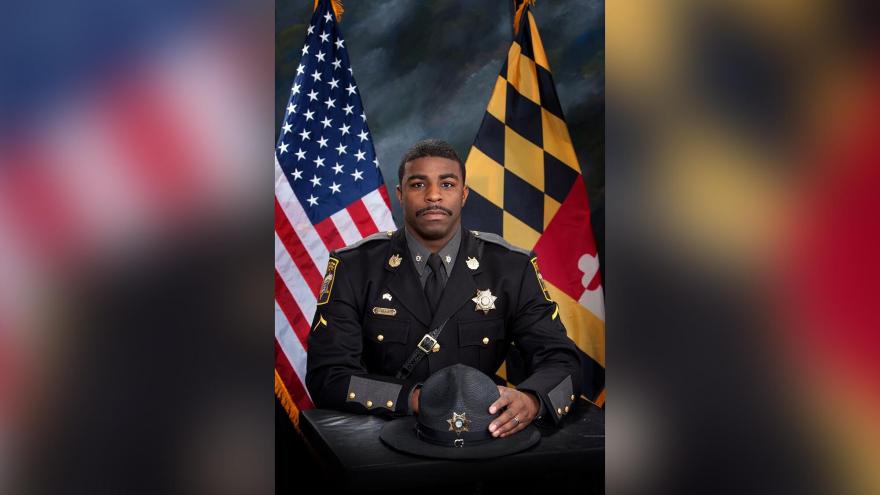 A sheriff's deputy was shot and killed while chasing a fugitive, the sheriff's office in Wicomico County, Maryland, said.

(CNN) -- A sheriff's deputy was shot and killed Sunday night while chasing a fugitive, the sheriff's office in Wicomico County, Maryland, said.

The sheriff's office is due to hold a news conference Monday at 11 a.m. to give more details on the investigation, Lewis said.

Hillard spotted the fugitive, who has "felony warrants in multiple jurisdictions," leaving an apartment complex and chased him on foot when he was shot, the department said. "After an extensive manhunt by dozens of law enforcement officers from throughout the region, the suspect was captured and is awaiting arraignment," it added, without naming him.

A homicide investigation into Hilliard's killing will be conducted by Maryland State Police, Lewis said.

Hilliard was a 16-year law enforcement veteran, the sheriff said. He spent six years at the sheriff's office in Wicomico County in southeastern Maryland and 10 years as an officer for Berlin, Maryland, police.

"He was ... married with three beautiful children," Lewis said, and an "exemplary public servant to the citizens of Wicomico County and to the State of Maryland," the department said.

"The days ahead will be challenging, but for now, we are mourning the loss of an incredible human being," the sheriff's office said.

Hillard would have turned 42 on June 22, the department said.