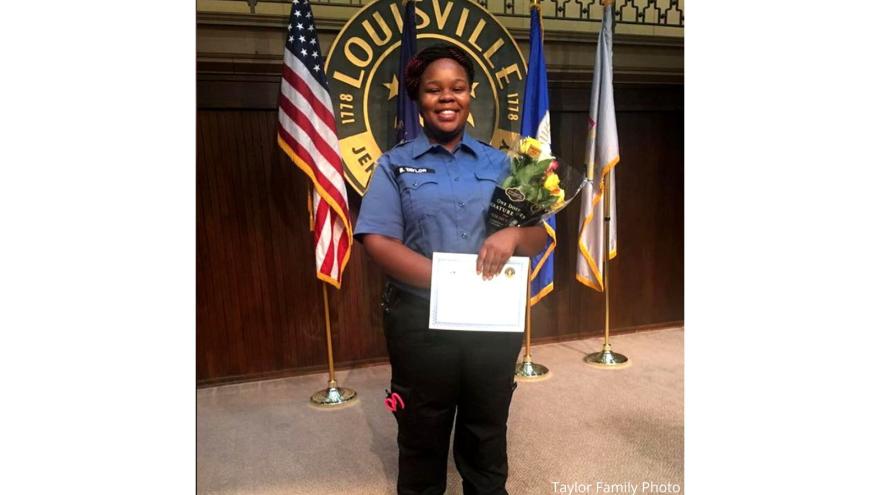 A Louisville, Kentucky, corrections officer has been terminated after "disparaging" the Louisville Metro Police Department and referencing the death of Breonna Taylor in a video.

Knight has since apologized, calling the video a joke.

In the video, posted on an account that was later deleted, Knight introduces himself as an officer with "Louisville Metro" and encourages viewers to join the department.

"Be a part of a great, great police department. Never mind what happened to Breonna Taylor, we killed that (bleep)," he says.

Taylor, a 26-year-old emergency room technician, was shot and killed in her apartment during a flawed forced-entry raid in the early hours of March 13, 2020. Four current and former Louisville police officers involved have been charged with civil rights violations and other counts, Attorney General Merrick Garland said August 12.

In the video, Knight discusses the benefits of working for LMPD, like driving police vehicles and being able to provide for a family. "Do you want to kill people and be able to get off for it?" he says. "Join Louisville Metro Police Department and answer the call."

Louisville Metro Police Department said it had no comment on the video since it is not the investigating agency and referred CNN to LMDC.

In a statement to CNN affiliate WLKY, Knight apologized to Taylor's family and his own.

"I want to first apologize to the Mother, Boyfriend and Family of (Breonna) Taylor because I never meant to compound or further remind them of the tragedy that has taken place," Knight said in the statement. "And I also apologize to my family, friends, the community & my church members because I knew better and I ask them to forgive me."

"I'm in the process of retaining a lawyer, I'm just deeply remorseful and never meant anything bad or against the Breonna Taylor Family because I know the family," Knight added. "It was a joke recorded by another officer about how I felt LMPD admin and some officers handled past situations and I regret it."

Knight told the Courier Journal that he'd submitted his resignation before any action from the department. A statement from the Fraternal Order of Police Lodge 77 indicated his last day was set for August 26, the day after he was terminated.

CNN has attempted to reach Knight but has not received a response.

The FOP lodge believes the termination was "absolutely justified" and will not appeal it, according to a statement from its president, Daniel Johnson.

"The video was absolutely horrible and there is no place in public service for anyone that would do something so insensitive," the statement says.