A green comet will appear in the night sky for the first time in 50,000 years 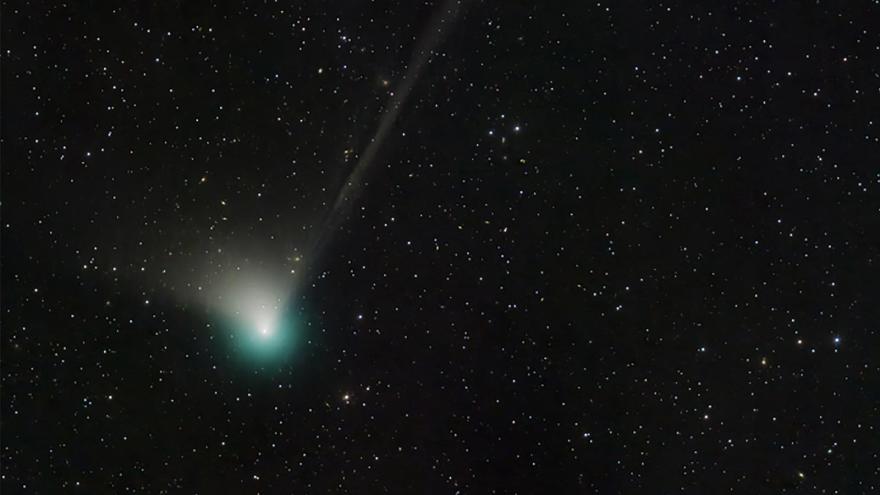 (CNN) -- A recently discovered comet will soon make an appearance in the night sky for the first time in 50,000 years.

Discovered on March 2, 2022, by astronomers using the Zwicky Transient Facility's wide-field survey camera at the Palomar Observatory in San Diego County, California, the comet will make its closest approach to the sun on January 12, according to NASA.

Named C/2022 E3 (ZTF), the comet has an orbit around the sun that passes through the outer reaches of the solar system, which is why it's taken such a long journey — and long time — to swing by Earth again, according to The Planetary Society.

Skygazers in the Northern Hemisphere using telescopes and binoculars should look low on the northeastern horizon just before midnight to spot it on January 12, according to EarthSky.

The icy celestial object, which has steadily brightened as it approaches the sun, will subsequently make its closest pass of Earth between February 1 and February 2, around 26 million miles (42 million kilometers) away, according to EarthSky — as the comet nears Earth, observers will be able to spot it near the bright star Polaris, also called the North Star, and it should be visible earlier in the evening.

The comet should be visible through binoculars in the morning sky for sky-watchers in the Northern Hemisphere during most of January and those in the Southern Hemisphere in early February, according to NASA.

Depending on how bright it becomes in the coming weeks, C/2022 E3 (ZTF) may even become visible to the unaided eye in dark skies toward the end of January.

The comet can be distinguished from stars by its streaking tails of dust and energized particles, as well as the glowing green coma surrounding it. The coma is an envelope that forms around a comet as it passes close to the sun, causing its ice to sublimate, or turn directly to gas. This causes the comet to look fuzzy when observed through telescopes.

And don't miss the other celestial events to see in 2023.