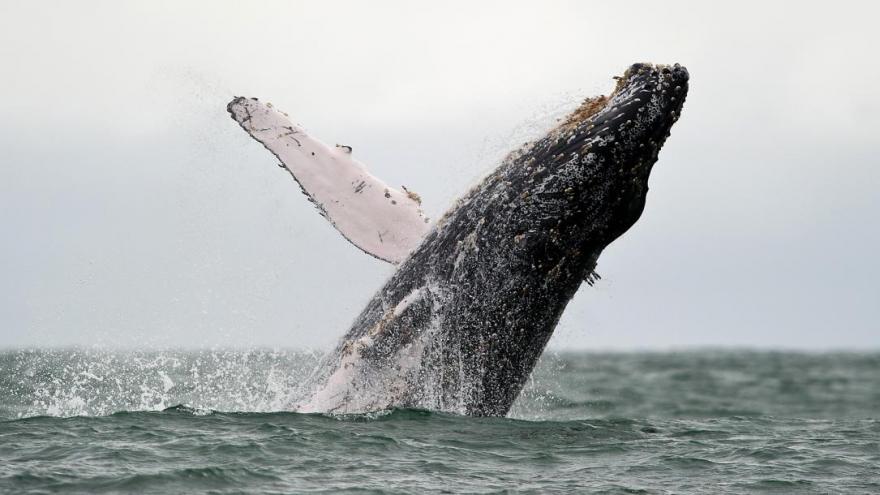 A family of four sustained several injuries after they collided with a humpback whale off the coast of Juneau, Alaska.

(CNN) -- A family of four sustained several injuries after they collided with a humpback whale off the coast of Juneau, Alaska.

The family was in a 22-foot aluminum skiff just off the shore going 20 to 25 miles per hour when a humpback whale surfaced in front of the moving boat on Saturday, Assistant Chief Travis Mead, of the Capital City Fire Rescue, told CNN.

The driver tried to turn to avoid the animal, but the whale turned as well causing the collision.

"The operator was able to get it started and get back to ... the harbor they started from, and then my crew was called," Mead said. "At least three people were transported to the hospital with some type of traumatic injury and at least one of those people was medivaced to another hospital."

The conditions of the family members are unknown.

Mead confirmed that whale collisions happen, but do not get reported very often. However, near collisions are very common. The last time he remembers someone having to be transported due to a whale incident was 10 to 12 years ago when a humpback fully breached on top of a boat.

The National Oceanic and Atmosphere Administration Fisheries said in a statement that it is unclear if the whale sustained any injuries and there have been no reports of a hurt or dead whale in the area.

Boaters need to be on the lookout for whales

The humpback whale is federally protected and one of the largest of the baleen whales. The larger females are an average of 49 feet long and weigh about 35 tons, according to the Alaska Department of Fish and Gaming.

The NOAA said this is a good time to remind boaters to watch out for whales, and to keep a mandated 100 yard distance away for the health and safety of the animals and the humans.

According to the NOAA boaters should follow the following tips to give whales personal "bubble" space:

Saharan dust arrives in the US