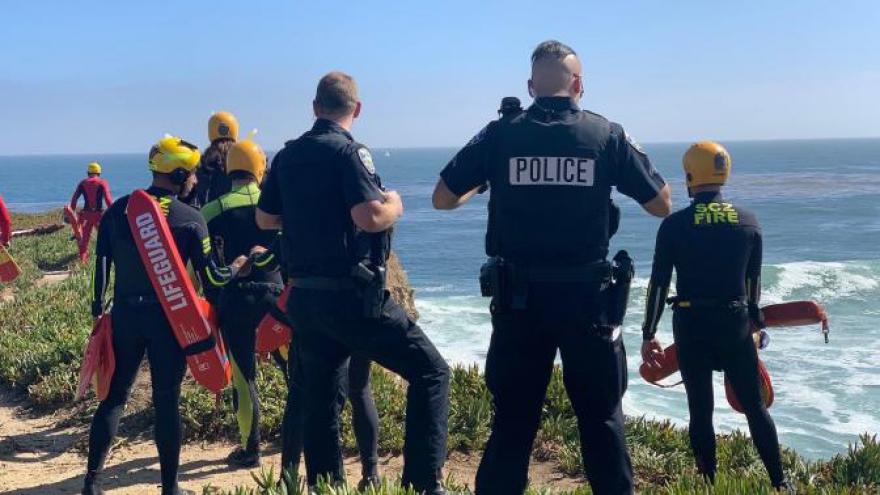 The Santa Cruz County Sheriff's office arrested a suspect after he drove a stolen car off of a cliff.

(CNN) -- What started out as reports of a man shooting into the air ended with him driving a car off a cliff.

On Tuesday around 3:30 p.m., deputies responded to reports of a man firing a handgun near the town of Davenport, approximately 11 miles northwest of Santa Cruz, the Santa Cruz County Sheriff's Office said in a statement.

Shortly afterward, the same man is suspected of a carjacking and took off in the vehicle, the sheriff's office said.

Deputies attempted to stop the car but the man refused to pull over, driving over 100 mph south toward Santa Cruz.

When the man reached Santa Cruz, deputies ended the pursuit for the safety of the community, the sheriff's office said.

Moments afterward, the Santa Cruz Police Department located the man driving on West Cliff Drive, a coastal road, where the suspect drove over the cliff and into the Pacific Ocean, police said.

The suspect climbed out of the car and up the cliff, where deputies took him into custody. No injuries were reported, the sheriff's office said.