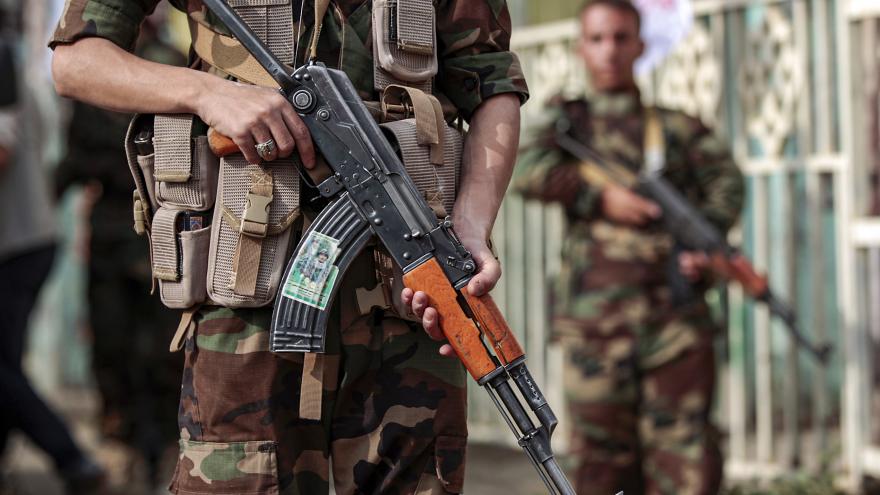 The attack happened in the province of Marib on Saturday at a mosque at a military camp, in what Yemen's President Abdu Rabu Mansour Hadi condemned as a "heinous" and "cowardly terrorist operation committed by the Houthis."

Yemen has been embroiled in a yearslong civil war that has pitted a coalition backed by Saudi Arabia and the United Arab Emirates against the Iran-backed Houthi rebels.

Yemen's Ministry of Defense said the attack was "to avenge the killing of the Iranian terrorist Qasem Soleimani," who died in a US drone strike in Iraq on January 3. The ministry offered no evidence to show how it might know the rebels' motive.

The attack does come, however, as several nations in the Middle East ready themselves for retaliatory attacks by Iranian-backed militias.

Yemen's Defense Ministry said "the armed forces will remain the solid rock that breaks the ambitions" of Iran's goal of destabilizing security in Yemen and the wider region, according to a statement carried by Yemeni state news agency Saba.

The Houthis did not make any immediate claim of responsibility.