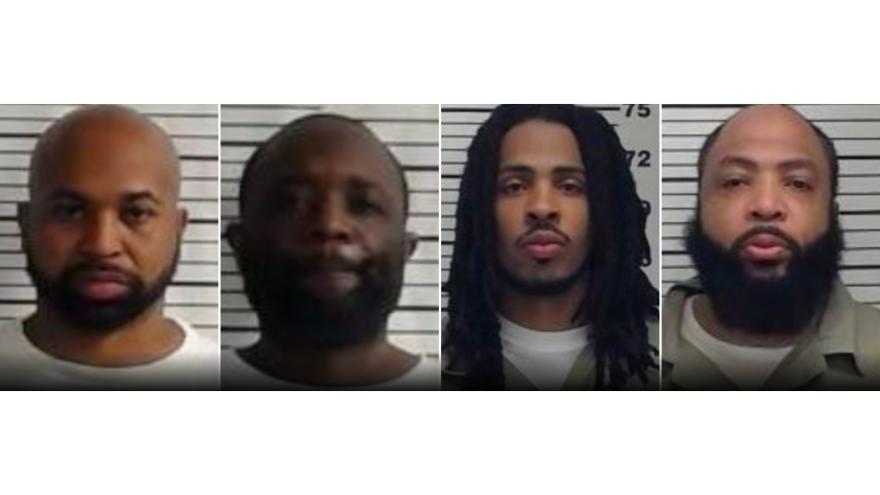 (CNN) -- All four of the men who escaped from a federal prison camp in Hopewell, Virginia, over the weekend have been apprehended and are back in custody, the Federal Bureau of Prisons (BOP) said Wednesday.

Tavares Lajuane Graham was back in custody Sunday and both Corey Branch and Kareem Allen Shaw were back in custody Tuesday, BOP spokesperson Donald Murphy confirmed to CNN. At around noon Wednesday, Lamonte Rashawn Willis was also placed back in BOP custody, he said.
All four are currently being held at the medium-security federal institution in Hopewell, Murphy said.

The prisoners were reported missing from the Federal Correctional Complex Petersburg's satellite camp at about 1:45 a.m. Saturday, setting off a multi-agency manhunt, the BOP has said.

Details of the escape were not included in the news release, beyond the BOP calling it a "walkaway."

Branch, 41, was serving a 160-month sentence for possession with intent to distribute fentanyl and felon in possession of a firearm.

Willis, 30, was serving a 216-month sentence for possessing and concealing a stolen firearm and possession of a firearm by a convicted felon.

Shaw, 46, was serving a 194-month sentence for conspiracy to possess with intent to distribute a measurable quantity of heroin, the agency said in the news release.

The US Marshals Service, FBI and other law enforcement agencies assisted in the search for the men, according to the prison bureau.

The satellite camp is listed as a minimum-security facility, which currently houses 185 male inmates, according to the prison bureau.