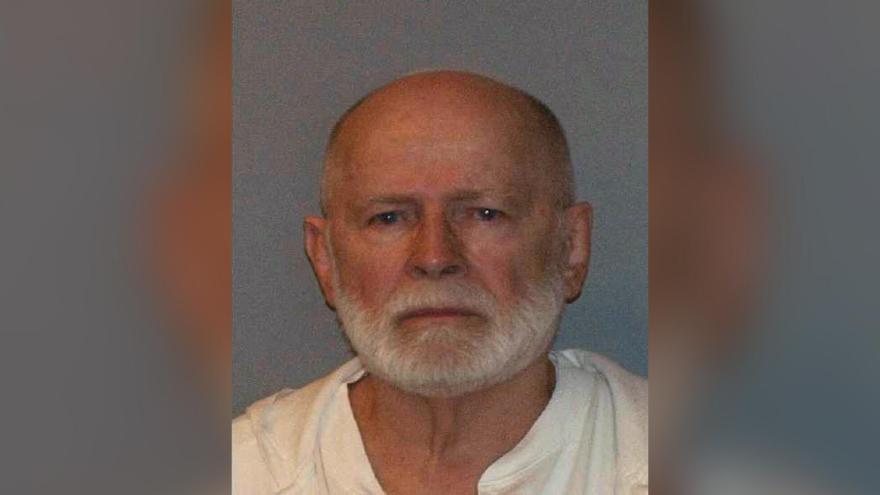 Three men have been indicted in the beating death of imprisoned Boston gangster and convicted murderer James "Whitey" Bulger.

Fotios "Freddy" Geas, 55, Paul "Pauly" DeCologero, 48, and Sean McKinnon, 36, were charged Wednesday with conspiracy to commit first-degree murder in the death of Bulger, who was killed nearly four years ago while incarcerated at the US Penitentiary Hazelton in West Virginia, the US Attorney's Office for the Northern District of West Virginia said in a statement.

All three were incarcerated with Bulger at the Hazelton facility, where Bulger was serving two life sentences for the murders of 11 people, as well as numerous other counts including extortion, money laundering and drug dealing.

Prior to his imprisonment, Bulger ran Boston's infamous Winter Hill Gang during the 1970s and '80s. He went into hiding upon learning of his impending 1995 indictment, landing himself on the FBI's most-wanted list. He was finally found and arrested 16 years after he was indicted. The gangster's criminal reign would serve as the inspiration for Jack Nicholson's character in the Martin Scorsese film "The Departed."

Geas and DeCologero are accused of striking Bulger, 89, in the head several times in October 2018, causing his death, the district attorney's office said.

In addition to the conspiracy charge, Geas and DeCologero are charged with aiding and abetting first-degree murder and assault resulting in serious bodily injury, the statement said. Geas is also charged with murder by a federal inmate serving a life sentence and McKinnon is separately charged with making false statements to a federal agent, the office said.

Geas remains imprisoned at the Hazelton penitentiary and DeCologero is currently being held at a separate federal prison facility. McKinnon has been on supervised release and was arrested in Florida on Thursday, the statement said.

CNN is working to determine whether the men have legal representation.

After they were indicted, US Attorney for the District of Massachusetts Rachael Rollins expressed solidarity for the families of Bulger's victims.

"He was a serial murderer, and each mention of his name is a trigger to the families he devastated, reopening wounds that we can only hope had finally started to heal," Rollins said in a statement. "In the truest of ironies, Bulger's family has experienced the excruciating pain and trauma their relative inflicted on far too many, and the justice system is now coming to their aid."