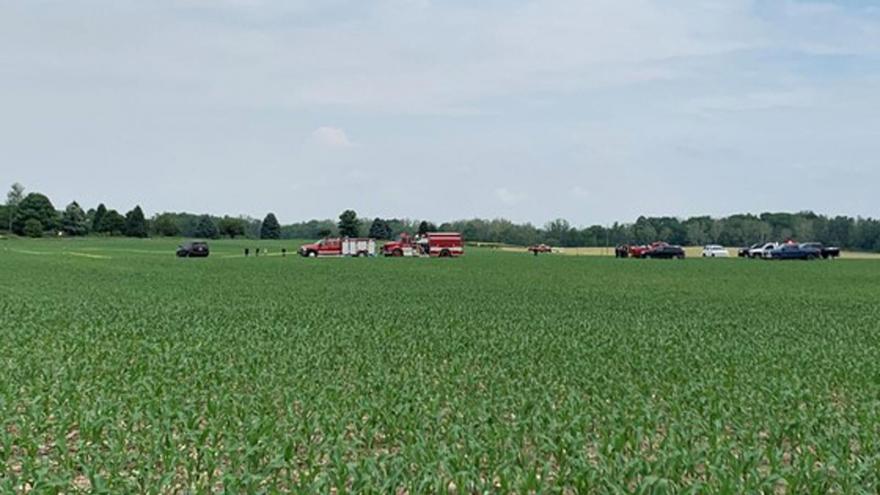 (CNN) -- Two people are dead after the single-engine plane they were in crashed outside Indianapolis Sunday, officials said.

Indiana State Police Sergeant Jeremy Piers told CNN the Montgomery County Sheriff's Department received a 911 call about a small plane that had crashed in a field at 10:20 a.m. local time.

The plane, a single-engine Diamond Katana DA40 crashed in a field outside of Darlington after departing from Lift Academy in Indianapolis at 9:53 a.m., a statement from Federal Aviation Administration spokeswoman Tammy Jones said.

The two people in the plane were pronounced dead on scene by the Montgomery County Coroner but their names will not be released until notification of next of kin is made, according to Piers. He did not give any other identifying information for the deceased.

Lift Academy is a flight school that trains students with their Diamond DA40 and DA42 fleet, according to the school's website.

"We are heartbroken by this tragic accident and the loss of our team members. We will support their families in any way possible and work with the NTSB to fully investigate this event," a statement from Lift Academy said, according to CNN affiliate WISH.

Both the FAA and National Transportation Safety Board will investigate the crash, according to Jones.

Piers told CNN the state police will continue to be available to assist the agencies on scene.

Darlington is about 45 miles northwest of Indianapolis.