2 people arrested in connection with disappearance of missing baby girl 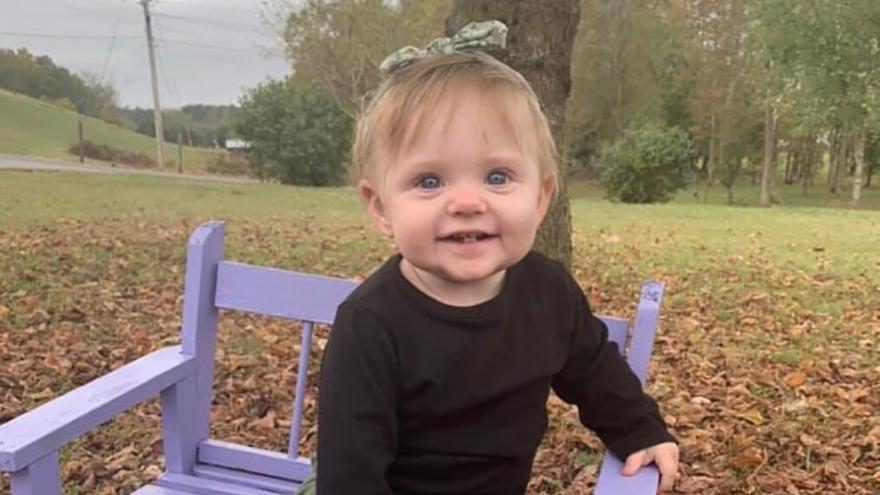 (CNN) -- Two people have been arrested and charged in connection with an Amber Alert for 15-month-old Evelyn Boswell, who was last seen two months ago.

The baby's 42-year-old grandmother, Angela Boswell, and William McCloud, 33, were found traveling in a gray 2007 BMW and arrested in Wilkes County, North Carolina.

Tennessee authorities said Friday they were looking for the vehicle and believed the occupants of the car would have information about the toddler's whereabouts.

But Evelyn is still missing.

The baby's mother, Megan Boswell, was in the process of buying the BMW in question for her mother, Angela Boswell, the Sullivan County Sheriff's Office said in a news release. A purchase agreement was never completed, and no money was exchanged for the vehicle.

The owner of the BMW was unable to contact Megan or Angela Boswell, and the car was reported stolen, the sheriff's office said.

Angela Boswell and McCloud, both Tennessee residents, are being held in the Wilkes County Jail, each charged with theft over $2,500, according to the sheriff's office. Angela Boswell is also being held on a violation of probation warrant for theft, the news release said.

They're scheduled to appear in court on Monday, according to the Wilkes County Sheriff's Office.

It is unclear whether there is any representation for McCloud and Boswell currently.

Evelyn hasn't been seen since December, but she wasn't reported missing until this week, according to authorities.

At a news conference Friday, Sullivan County Sheriff Jeff Cassidy said the investigation began Tuesday afternoon when his office received a referral from the Tennessee Department of Children Services. The baby's grandfather had reported the child missing.

While Evelyn's mother has been cooperating with law enforcement, she has given them conflicting stories, Cassidy said.

Evelyn's mother lives in Sullivan County and her father is an active-duty military serviceman stationed in Louisiana, Cassidy said. Her mother has sole custody, he said.

"We're conducting the investigation and obviously we're talking to as many people as we've come in contact with that knew about the child," Sullivan County Sheriff's Office spokesman Capt. Andy Seabolt told CNN affiliate WCYB earlier this week. "We want to know why the child was not reported missing earlier."

The young girl has blonde hair and blue eyes, police said, and was last seen wearing a pink tracksuit, pink shoes and a pink bow.

"If you have any information regarding the whereabouts of Evelyn, please contact the Sullivan County Sheriff's Office at 423-279-7330 or the TBI at 1-800-TBIFIND," according to a TBI news release.