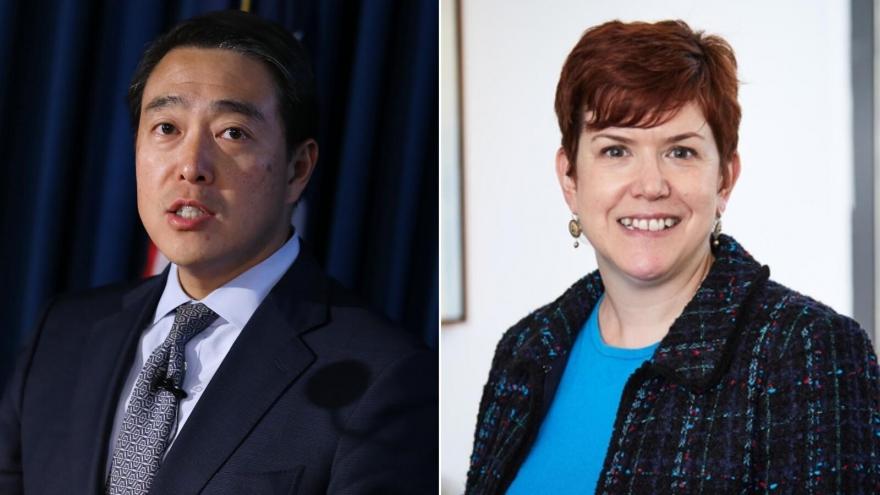 (CNN) -- A former federal prosecutor and an employment discrimination attorney have been selected to lead the investigation into sexual harassment claims made against Democratic Gov. Andrew Cuomo, the New York attorney general's office announced on Monday.

Joon Kim, the former acting US Attorney for the Southern District of New York, and employment discrimination lawyer Anne L. Clark were selected by New York Attorney General Letitia James a week after Cuomo, who failed in his initial attempts to choose the investigators, said he would cooperate with an independent probe into his alleged behavior.

Kim and Clark will now join James as the public faces of an investigation that could determine Cuomo's political fate, as the three-term Democrat faces mounting calls from state lawmakers to resign amid the mushrooming scandal. Cuomo has denied any wrongdoing and pleaded with the public to reserve judgment until the probe, which could see him deposed, is concluded -- a process that could take months.

"We are committed to an independent and thorough investigation of the facts," James said in a statement. "Joon H. Kim and Anne L. Clark are independent, legal experts who have decades of experience conducting investigations and fighting to uphold the rule of law. There is no question that they both have the knowledge and background necessary to lead this investigation and provide New Yorkers with the answers they deserve."

This will not be the first time Kim has been involved in a probe of the governor. During his time as counsel to then-US Attorney Preet Bharara, the office investigated the governor's decision to shutter his own anti-corruption panel, the Moreland Commission, less than a year after it was formed. The inquiry did not yield any charges.

Kim has also been at the head of a number of high profile cases, including the prosecution and 2018 conviction of former top Cuomo aide Joseph Percoco on corruption charges. During his time as the acting US attorney, following Bharara's 2017 dismissal by former President Donald Trump, Kim charged Anthony Weiner, the former New York congressman, with transferring obscene material to a minor. Weiner pleaded guilty.

The new probe of Cuomo could include the issuing of subpoenas examining relevant documents and records, and interviews with witnesses, including Cuomo and his staff. The team is expected to report weekly to James' office on the status of the probe and will issue a written report, which will be made public, with its findings.

In a pair of statements Monday evening, Kim and Clark promised to carry out an "exhaustive" and "rigorous" investigation.

"These are serious allegations that demand a rigorous and impartial investigation," Kim said. "We will act judiciously and follow the facts wherever they lead."

Clark, in a separate statement, said, "The people of New York deserve an exhaustive and independent investigation into these allegations, and I am committed to seeing it through."

Debra Katz, the attorney for one of the women alleging sexual harassment by Cuomo, released a statement on Monday applauding the picks, which she said signaled that the attorney general's office was treating allegations by her client, Charlotte Bennett, and other women, "very seriously."

"It is important that this investigation isn't just centered around what Governor Cuomo said and did," Katz said. "It must also focus on the culture of secrecy, abuse and fear that he fostered among his staff—frequently in violation of the very laws he signed to protect workers from sexual harassment. We look forward to cooperating with the investigators."