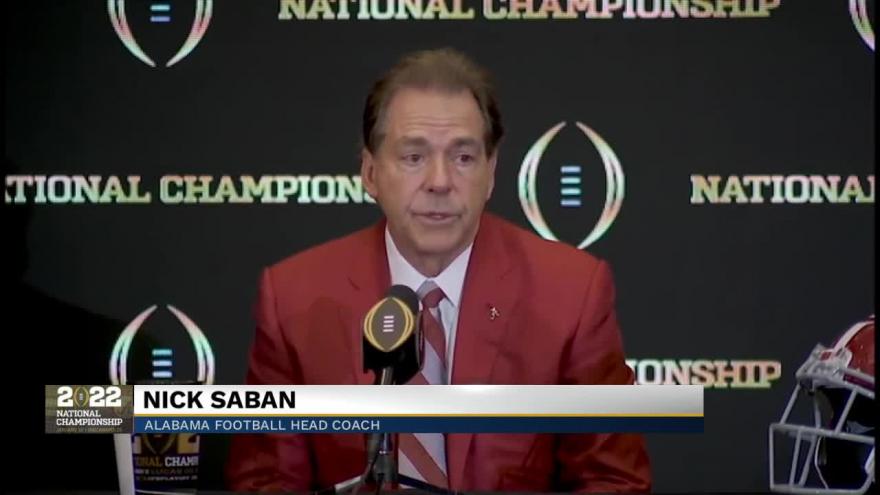 The Alabama Crimson tide have dominated college football ever since Nick Saban was hired to be the head coach in Tuscaloosa in 2007.

Saban has led the Tide to win six national championships, and while Alabama is consistently on top of the college football world.

Head coach Nick Saban says there’s no overlooking this lockdown Georgia defense which ranked #2 in the country in total yards allowed this season, #3 in passing yards allowed per game, #3 in rushing yards allowed, and the #1 defense in points allowed with 124 points all season and which averages out to just 9.5 points per game.

The Bulldog’s are led by a former Saban assistant Kirby Smart.

“I think the University of Georgia and Kirby’s program is probably one of the elite programs in the country,” Alabama head coach Nick Saban said.

“We certainly feel like this is the best team in the country that we have an opportunity to play. Most consistent team all season long in terms of how they played.”

Alabama head coach Nick Saban has the opportunity to solidify himself further as the greatest college football coach of all time Monday night.

With a win over the Georgia, Nick Saban will have won 8 national championships.

The most any Notre Dame head coach won was Frank Leahy who won four national championships in the 1940s.