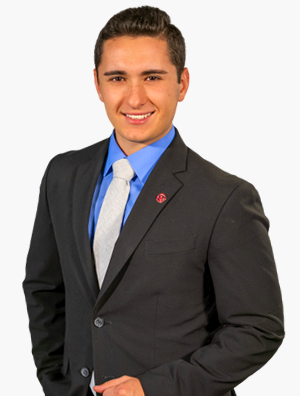 Samson Tamijani is a Multimedia Journalist who joined the ABC 57 News team in January 2020 and is always eager to share your voice in the Michiana area. Samson was born and raised in Houston, Texas, and graduated from the University of Arkansas with a BA in Broadcast Journalism in December 2019.

While a Razorback, he worked in Arkansas Student Media, helping to earn the program several awards. He previously studied at William Penn University in Iowa, where he played football for two years and hosted a sports talk show at the campus radio station.

You'll often find Samson spending his down time kicking soccer balls and footballs, or serving as the editor of the Gol Bezan podcast.

Please reach out to Samson through his email, Twitter, or Facebook for story ideas and news tips!